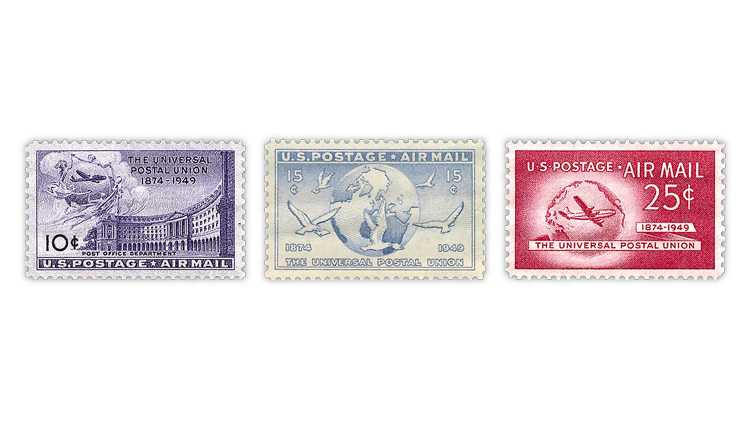 Figure 1. Three United States airmail stamps were issued in 1949 to celebrate the 75th anniversary of the founding of what became today’s Universal Postal Union. 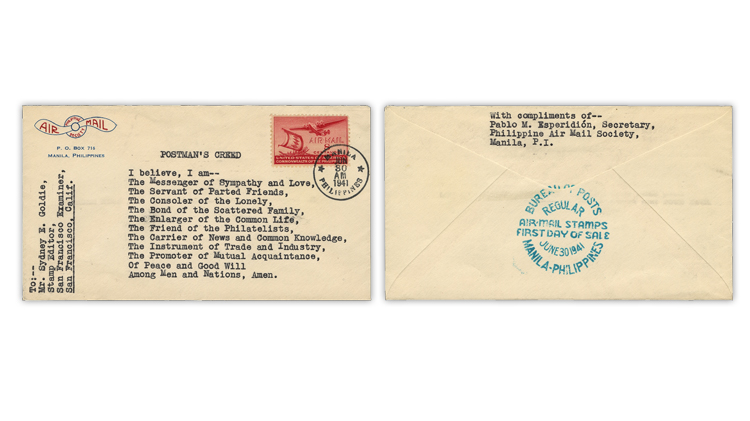 Figure 2. The postman’s creed set forth on the face of this 1941 first-day cover from the Philippines gives a hint of the importance of daily mail in our lives. 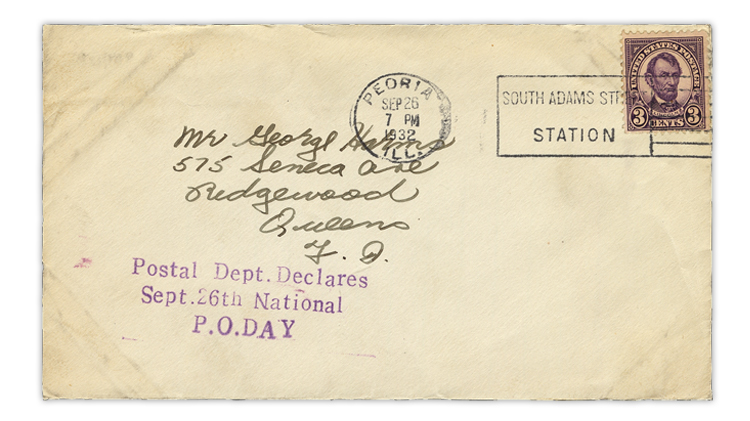 Figure 3. As shown on this cover sent in 1932 from Peoria, Ill., to Ridgewood in Queens, the U.S. Post Office Department attempted to start a new celebration, National Post Office Day, on Sept. 26. How many years did this last?
Previous
Next

Did you know that there is a World Post Day? It’s held annually on Oct. 9 to celebrate the establishment of the Universal Postal Union, now a specialized agency of the United Nations with the goal of the free flow of international mail worldwide.

We take this service for granted, expecting that what we drop in the mail at any post office in the United States will promptly reach its intended recipient in Johannesburg, South Africa; Istanbul, Turkey; Bangkok, Thailand; or any location around the world, undamaged and with a high degree of protection of its contents.

The record of the UPU in working out policies and procedures to make this happen is outstanding.

The groundwork for the UPU was laid in 1874 when delegates from 22 countries met in Bern, Switzerland. That meeting resulted in the Oct. 9, 1874, Treaty of Bern, which established the General Postal Union. It grew rapidly and became the UPU in 1878.

I don’t know whether the founding of the UPU in the month of October had anything to do with the U.S. Postal Service naming October as National Stamp Collecting Month in 1981.

National Stamp Collecting Month celebrates and introduces people to our pursuit: one of the most popular hobbies on the planet.

The USPS has often taken the opportunity to issue stamps that would appeal to new collectors in conjunction with National Stamp Collecting Month.

There are, or have been, other related celebrations. For example, since 1997 July 1 of each year has been National Post Workers Day, which honors the more than half a million employees of the USPS, the great majority of whom work diligently to process and deliver our mail.

The 1941 Philippines cover shown in Figure 2 pays tribute to the profession with text of the postman’s creed presented on the face of the cover.

The Messenger of Sympathy and Love,

The Servant of Parted Friends,

The Consoler of the Lonely,

The Bond of the Scattered Family,

The Enlarger of the Common Life,

The Friend of the Philatelists,

The Carrier of News and Common Knowledge,

The Instrument of Trade and Industry,

The Promoter of Mutual Acquaintance,

Of Peace and Good Will

Among Men and Nations, Amen.”

Turning the Figure 2 cover over reveals that it is also a first-day cover for the Philippines 8-centavo airmail stamp issued June 30, 1941 (Scott C59). The cover was sent from the secretary of the Philippine Air Mail Society to the editor of the San Francisco Examiner.

There once was a National Post Office Day, according to the handstamped message on the cover in Figure 3. The message on this Sept. 26, 1932, cover reads, “Postal Dept. Declares Sept. 26th National P.O. Day.”

Was 1932 the first year for this declaration? And what happened to it? Certainly it has not continued into the modern era.

Have there been other days, months, or years related to the post office? If you know of any, please drop me a line by email at jmhstamp@verizon.net, or by snail mail to John Hotchner, Box 1125, Falls Church, VA 22041-0125.