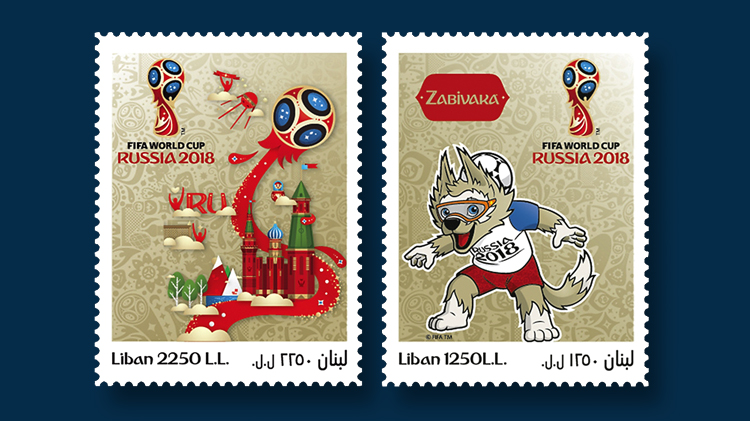 Russia, the host country of the 2018 FIFA World Cup, has issued several stamps for this soccer championship.

Its most recent was a souvenir sheet of one on June 14, the opening day.

The championship will conclude July 15.

Several other countries, including some whose national teams did not qualify, also have issued stamps for the 2018 World Cup.

Among the symbolic images of Russia depicted on the £2,250 stamp are Sputnik and a Russian nesting doll.