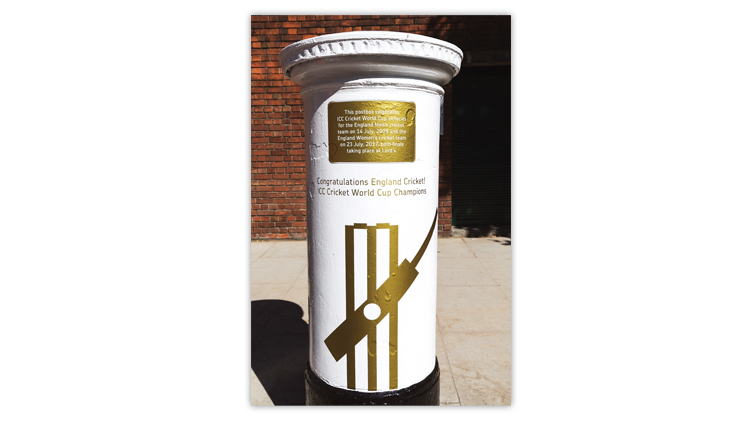 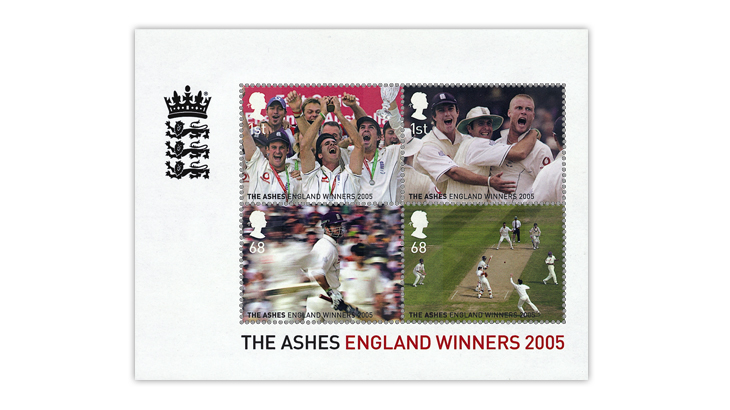 Great Britain will issue stamps to celebrate two Cricket World Cup victories, according to a July 14 announcement from Royal Mail.

The press release from Royal Mail said: “England’s Men’s and Women’s cricket teams now hold both the ICC Cricket World Cup trophies simultaneously. These achievements will be celebrated through special stamps, white and gold postboxes and a postmark.”

Each souvenir sheet will include two nondenominated first-class stamps, and two £1.60 stamps, according to Royal Mail.

The issue date has not been reported yet, although Royal Mail said that the souvenir sheets will be on sale “later in the summer.”

The commemorative mailboxes for the cricket victories will be located at each ground used in the tournament and in locations of importance to the captains of both winning teams, Eoin Morgan and Heather Knight, according to Royal Mail.

The mailboxes are being painted white with images of a stylized cricket bat, ball and stumps in gold.

Royal Mail added: “Decorated for a three-month period, the specially selected postboxes will be complemented by a permanent gold plaque. The plaque’s inscription will celebrate England Cricket’s historic position as joint holder of both ICC Cricket World Cup titles.”

Royal Mail has created a website where customers can register interest in the upcoming stamps at www.royalmail.com/cricket.