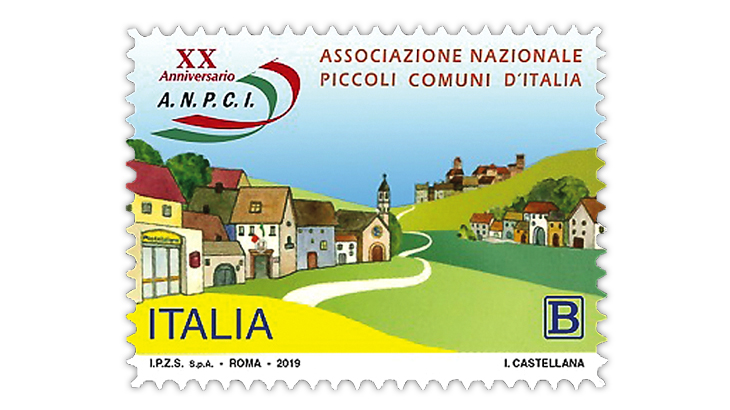 A new Italian stamp marks the 20th anniversary of the National Association of Small Towns of Italy. 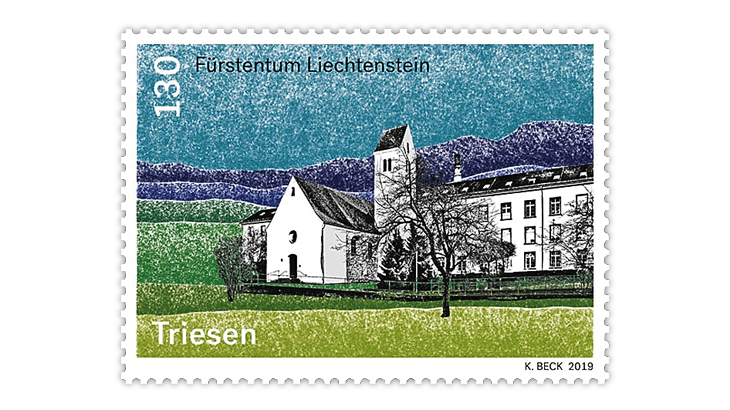 Italy celebrates its small towns and villages on a stamp issued Oct. 11 to commemorate the 20th anniversary of the National Association of Small Towns of Italy (Associazione Nazionale Piccoli Comuni d’Italia).

The association was established to protect Italian municipalities with fewer than 5,000 inhabitants.

The “B” inside a rectangle in the lower right corner of the design indicates that this nondenominated stamp pays the rate for economy domestic delivery for letters to arrive in approximately four to six days. (The rate is currently €1.10.)

The State Mint and Polygraphic Institute printed this self-adhesive commemorative by rotogravure in panes of 45.

The new series looks at communities of the Liechtenstein Oberland (Upper Country). Triesen is featured on the two stamps in the new set.

The 1.30-franc stamp shows St. Mary’s Chapel, which dates from the early years of the 15th century. The 2fr stamp pictures the old village center. Liechtenstein’s philatelic bureau described this stamp as showing the “community with around 5,200 inhabitants embedded in a typical Liechtenstein landscape between the mountains and the Rhine.”

Karin Beck-Sollner designed the stamps. Joh. Enschede of the Netherlands printed them by offset and embossing in panes of 12.