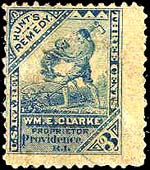 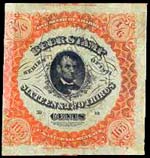 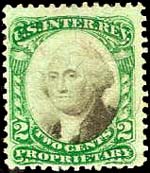 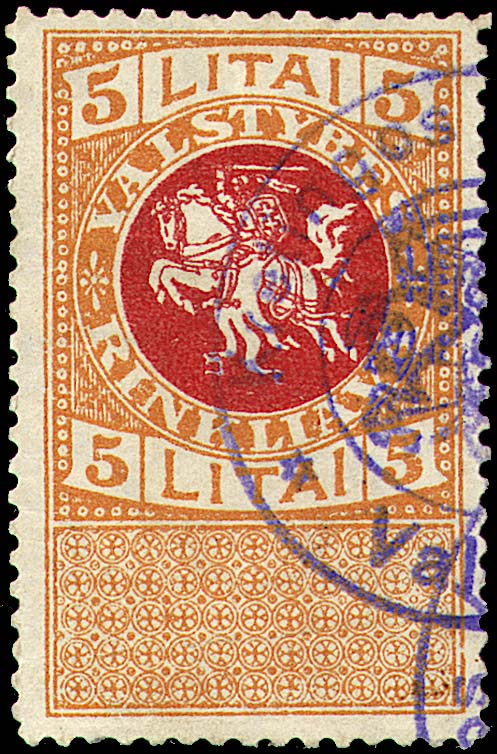 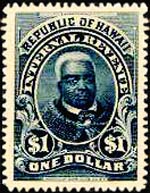 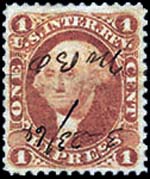 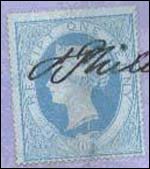 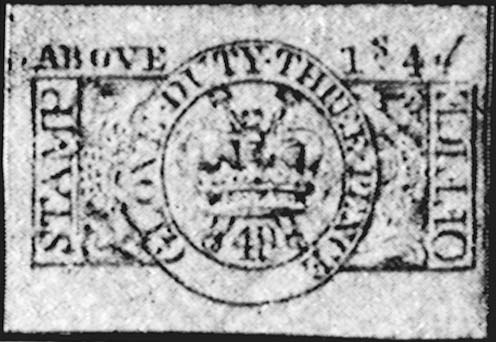 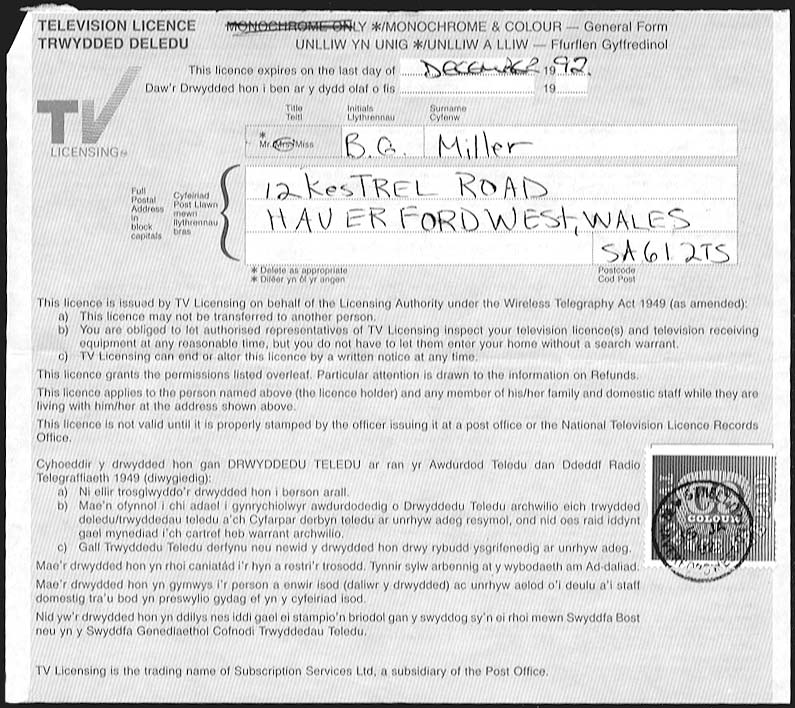 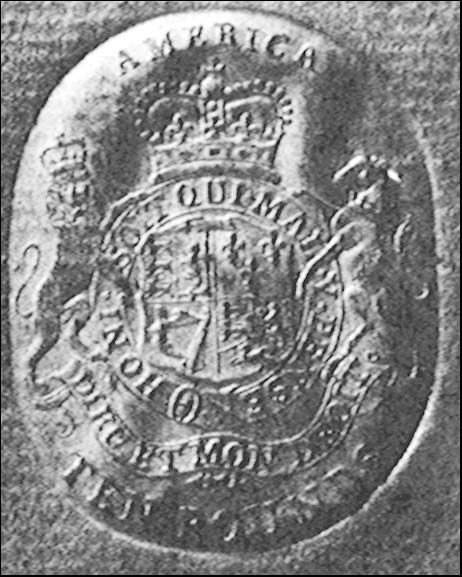 One of the revenue stamps that led to American independence: a £10 general revenue embossed tax stamp.
Previous
Next

In such cases, a quick look at the stamp in question often reveals that there should be no expectation of finding it in the Scott catalog, because it is a revenue stamp, not a postage stamp. Scott lists many United States revenue stamps, but it does not list any nonpostal foreign revenue stamps.Many letters to Linn's Collectors' Forum begin, "I have searched the Scott Standard Postage Stamp Catalogue and cannot find this stamp."

Scott does list postal tax stamps and war tax stamps, which pay taxes required for delivery of mail, and it lists postal-fiscal stamps that can be used for tax or postage.

The number of different types of revenue stamps is staggering. They have been issued for virtually every conceivable purpose by all levels of government: national, state and local.

Revenue stamps, also called tax stamps or fiscal stamps, have been required at various times on a large variety of legal documents, commercial papers, luxuries, liquor, wine, beer, tobacco, playing cards, theater tickets, food stuffs, patent medicines and virtually any other commodity or service that you can think of.

In the days before income taxes became common, many governments used taxes on these items as a primary source of public revenue. Affixing a revenue stamp to the item being taxed showed that the tax had been paid.

The United States owes its independence, in part, to revenue stamps. In 1765 the British government was in debt as a result of a number of wars. A large part of its expenses came from the defense of its American colonies.

The British prime minister and Parliament thought it reasonable that the king's American subjects should help pay for their own defense. Parliament passed a number of taxes, including the Stamp Act of 1765, to help defray such costs.

The Stamp Act provided a tax on "every skin or piece of vellum or parchment, or sheet or piece of paper" that was printed or written upon.

The amount of the tax ranged from a minimum of a halfpenny for a halfsheet newspaper or pamphlet up to a maximum of £10 for a license to practice law.

Americans took umbrage at being taxed without representation in Parliament and convened the Stamp Act Congress. The rest, as they say, is history.

The tax stamps that led to the American Revolution were not adhesive stamps.

The stamps for newspapers and almanacs were surface printed in dark red ink from engraved plates.

The general-issue stamps for documents, cards and dice were embossed on the document with a screw press, rather like a modern notary public seal. A £10 embossed revenue stamp is shown in Figure 1.

The first adhesive revenue stamps were issued in the 18th century in Great Britain. The tax stamps for hats, gloves and perfume were affixed to the product to show payment. A 3d glove-duty stamp of 1785 is shown in Figure 2.

The first conventional adhesive tax stamp, a 1d blue Queen Victoria receipt stamp for affixing to documents, was also issued by Great Britain in 1853. The one shown on piece in Figure 3 bears a manuscript cancel, which is the typical method of cancellation for most documentary revenue stamps.

The first U.S. adhesive revenue stamps were issued for use beginning Oct. 1, 1862, to show payment of taxes passed to raise revenue for the conduct of the Civil War.

The authorizing law stated that a stamp could only be used for payment of the tax upon the particular instrument or article specified on its face. This resulted in the production of stamps with 31 different face values from 1¢ to $200 and 28 different titles, for a total of 102 different revenue stamps in the first series.

The rules were relaxed as of Dec. 25, 1862, to allow any revenue stamp to pay any tax, with the exception that proprietary stamps could be used only to pay excise or sales tax on specified items.

A 1¢ red George Washington express revenue stamp from the 1862 series, Scott R1, is shown in Figure 4.

British and British Commonwealth stamps inscribed "POSTAGE & REVENUE" are valid for either purpose. Collectors will want examples of these stamps with cancellations appropriate to their collections.

Revenue stamps can generally be divided into two broad categories: documentary and proprietary.

Documentary stamps can be very specific, such as the $1 blue King Kamehameha Republic of Hawaii customs fee stamp shown in Figure 5. Its only authorized use was to pay customs fees.

Some documentary stamps are very general and can be used to be pay any type of tax on any document, such as the Lithuanian 5-litas orange and crimson Vytis documentary tax stamp shown in Figure 6.

Proprietary stamps are used to pay taxes on goods. They are often applied directly to the taxed item. They can be difficult to collect because they are often affixed to the product in such a way that opening or using the product destroys (cancels) the stamp thereby preventing reuse.

Proprietary stamps can also be very general or very specific. U.S. revenue stamps inscribed "Proprietary," such as the 2¢ green and black George Washington stamp shown in Figure 7, could be used to pay the tax on most goods.

Beer stamps, such as the 6 2/3¢ vermilion-and-black Abraham Lincoln beer stamp, Scott REA21, shown in Figure 8, are a specialized type of proprietary stamp that could only be used to pay the tax on beer.

Proprietary stamps called "tax paids" do not have a stated face value. They are valued by stating that the tax has been paid for a specific weight, volume or number of units. The absence of a specific face value allows the stamps to remain valid through many tax rate changes.

In the United States, manufacturers received a tax discount if they produced their own proprietary tax stamps. The manufacturer paid for engraving and printing expenses, and the printing dies were controlled by the Department of the Treasury.

Because the manufacturer controlled the design of the stamps, they often were miniature advertisements for the product. Many of the designs are unusual and attractive. A 3¢ blue Wm. E. Clarke Hunt's Remedy private-die proprietary medicine stamp, Scott RS56, is shown in Figure 9.

Collecting revenue stamps still attached to the original document is the revenue equivalent of collecting postage stamps on cover.

In Great Britain, television stations BBC1 and BBC2 are commercial free. However, in order to operate a television, you must pay an annual tax to support them, even if you only want to watch the private stations that do carry commercials.

Her Majesty's tax officers prowl the streets in cars equipped with special detection equipment, and woe betide the culprit who is caught watching TV without a license.

Shown in Figure 10 is my Welsh television license bearing a C9 color TV stamp tied by a nice strike of a Jan. 15, 1992, Haverfordwest circular date stamp cancel. I seem to recall that it cost me in the neighborhood of £70.

There is a fair amount of reference material and literature to assist the revenue stamp collector.

The American Revenue Association publishes the American Revenuer journal six times a year and is ready to assist and inform you in worldwide revenue stamp collecting. Membership is $21 annually from Eric Jackson, Box 728, Leesport, PA 19533-0728.