Figure 5. The year date in the lower-left corner of U.S. stamps is one factor to consider when examining the appearance of a stamp. 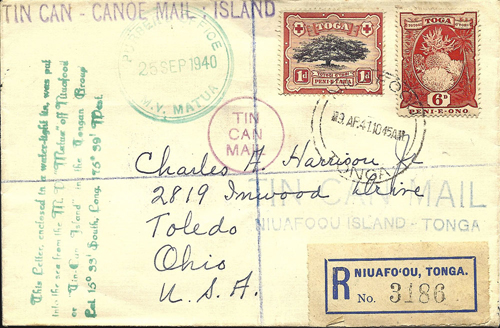 Figure 1. The various terms used to describe stamp centering are know as "grades." Stamp grading is not a precise art. Click on image to enlarge.
Previous
Next

The value of a stamp is often determined by its scarcity and by the demand for the stamp among collectors. A stamp that is quite hard to find and that many collectors would like to own often has great value in the marketplace.

There are two other important general features that affect the value and desirability of any collectible stamp: condition and grade.

Terms of condition apply to the physical state of the stamp.

Damage, such as creases, scuffs, tears, holes, paper thins, stains, gum disturbance and so on, affect the condition of the stamp. The worse the damage is, the less desirable the stamp.

The grade of a stamp is determined primarily by its centering.

Some authorities also add that the appearance of a cancellation may affect the grade of a postally used stamp.

The centering on a stamp is determined by the position of the design of the stamp in relation to the outer edges of the stamp.

On most individual postage stamps there is an unprinted area of margin around the outside of the stamp design.

The chart shown in Figure 1 explains the terms that are most commonly used to describe the grade of a stamp.

The stamp used in the illustration is a 1928 10-krone definitive from Denmark depicting King Christian X. Because the stamp design has a rectangular shape, it is easy to check the centering of the design.

To show the differences in stamp centering more clearly, the image of a single stamp was manipulated on computer to create the images used on the chart.

The chart begins with the top grade of stamp, Extremely Fine, which is often abbreviated XF.

Many stamp dealers and some collectors also use the term "Superb" to convey that a stamp is perfectly centered.

Each level of stamp grading below the grade of XF indicates that the design is a little less perfectly centered than the previous grade.

The Very Fine (VF) stamp, therefore, is a little more off-center (and therefore, a lesser grade) than the XF stamp.

The stamp with a grade of Fair is significantly off-center, to the point where the perforations cut into the design on at least one side.

Even lesser grades of Poor or Bad may also be encountered by the collector, but dealers rarely sell and carry stamps that fall into these categories.

The range of stamp grades is not an exact science. It is possible to measure the margin areas of a stamp and determine that the design is perfectly centered, but from that point there is often some subjectivity involved in describing the grade of a stamp.

Several factors must be taken into consideration when determining the grade of a stamp.

Most stamps will be graded by comparing the centering of the design to the edges of a stamp's perforations.

Imperforate stamps, such as United States Scott 15, the 1855 10¢ green type III shown in Figure 2, can also be graded. Because many classic imperforate stamps were printed close together on the sheet, it can be difficult to find examples that are neatly trimmed and present a well-balanced appearance.

The 1855 10¢ Washington shown in Figure 2 would be graded XF because the outer edges of the stamp are quite clear of the outer edge of the printed design and the stamp presents an overall balanced appearance.

The designs of many early perforated stamps were also printed close together on the sheet, making it difficult to find examples where the perforations do not cut into the design.

The perforations on Great Britain's 1-shilling pink stamp of 1880 (Scott 65), shown in Figure 3, are very close to touching the bottom line of the design frame, but obviously the margins of the stamp are so narrow that there is not much leeway in any direction.

While some of the stamps shown in these illustrations are rare issues with lofty catalog values, all collectors should take the factors of grading into consideration when selecting stamps for the collection.

Because most modern stamps are created in enormous quantities, the collector may often find new issues that have undesirable centering.

Since most of these stamps are readily available, the collector should always take time to examine each stamp he is considering for purchase to make sure he is obtaining a well-centered example.

If he is offered an unsatisfactory example by a postal clerk or stamp dealer, the collector should hold out for a better grade of stamp.

The $3.20 Shuttle Landing stamp from the United States was issued Nov. 9, 1998. A well-centered example is shown in Figure 4.

Some collectors have wondered about the small year dates printed in the lower-left corner of United States stamps. Does the placement of that date affect the grade of the stamp?

An enlargement of the date on the Shuttle issue is shown in Figure 5.

Certainly the date should not be touched by the perforations at the bottom of the modern stamp, and the design of the stamp should be well-balanced in relation to the perforations.

If anything, the design should be only slightly higher on the stamp to accommodate the tiny year date, but the difference between the top and bottom margins should be very minimal.

Finally, collectors need to understand that grading is only one factor that affects the desirability of a stamp.

This value is given for a sound copy of the stamp with a grade of Very Fine.

The example in Figure 6 does not meet this description. Though the centering has the appearance of a VF stamp, the torn upper-right corner and the terribly heavy cancellation that obliterates much of the design reduces the value of this stamp to a small fraction of the catalog listing.

A future Refresher Course column will describe how the various factors of condition may further influence the value of a stamp.