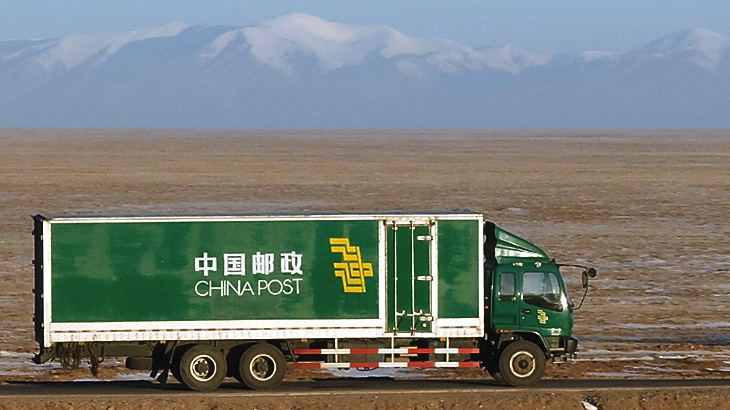 A Texas lawmaker is questioning discounted postage rates to the United States via China Post.

No one in Washington, D.C., seems more worried about what parcels the United States Postal Service is delivering than President Donald Trump.

But two speakers at a June 15 postal seminar on Capitol Hill seemed to suggest the president could be wringing his hands over the wrong parcels.

It wasn’t the discounted postage rates Amazon gets from the U.S. Postal Service that troubled Jayme Smaldone and Scott Cunningham at the Lexington Institute forum on the Postal Service task force created by President Trump.

What troubled Smaldone, creator of the tumble-proof Mighty Mug, and Cunningham, an aide to a GOP lawmaker from Texas, were the shockingly cheap postage rates that the Universal Postal Union has declared China can pay for merchandise, such as knockoff mugs, being shipped into the United States.

The Chinese are getting rates in the United States that are far cheaper than Amazon’s, Smaldone noted in a Feb. 7 op-ed article in the Wall Street Journal.

Those rates are so low that they threaten the future of small businesses, like the New Jersey-based Mighty Mug, that are depending on the Internet to sell their product, the two men said.

“Dumbfounded” is how Smaldone described his workers’ reactions when they discovered that a “high quality” knockoff of their $20 mug was being sold to U.S. customers for $5.69 “with free shipping all the way from China.”

Under international rates set by the Universal Postal Union and approved by the State Department, Smaldone said his Chinese competitors are getting postal shipments into the United States for “up to five times lower than what domestic shippers pay.”

Using his mugs as an example, Smaldone said that his Chinese competitor pays “about $1” to ship to the United States, he said.

To deliver his mug to his next-door neighbor would cost $6.30 under current Postal Service shipping rates, Smaldone said.

As the weight of a parcel increases, so does the disparity, he added.

Mighty Mug will pay the Postal Service up to $18 to deliver a 4.4-pound package in the United States.

A Chinese company can get the USPS to deliver that same package for a maximum of $3.70, he said.

Mighty Mugs are made in Asia and then shipped to the company’s New Jersey location.

But Smaldone said he would have been better off if he had just shipped those same mugs directly from China to his U.S. customers.

“There is no efficiency that I can squeeze out of the supply change that will make me $15 to $17 better to be competitive,” he said.

“This is no small issue,” he added.

Last year, there were 643 million of these inbound packages coming to the United States with an estimated 85 percent of them from China. The U.S. postal rate payers must bear the added costs that the Postal Service has said it shoulders to deliver foreign goods.

Cunningham suggested that some of those parcels may contain illicit drugs that are flooding the United States via the Postal Service.

“If you have ever bought stamps or shipped a parcel through the mail, you’re also footing part of the bill for inbound packages from China,” Marchant said in an April 19 news release.

The Texas lawmaker said that his Packages Overseas Subsidy Termination Act (H.R. 5524) would resolve the problem by requiring the Postal Regulatory Commission to “establish postal rates that ensures parity between domestic and international shippers and levels the playing field for American small businesses competing in the global economy.”

Cunningham said if his boss’ legislation doesn’t become law, he hopes the Trump administration’s task force on the Postal Service will recommend a change or that the administration will act to force a change in the rates.

What has further infuriated Smaldone is that “this low shipping arrangement is not a two-way street.”

If he wants to send one of his mugs to China via the USPS, it will cost him $22 in postage.

Since a Chinese company shipping a mug to the U.S. will pay little more than $1 in postage Smaldone says that puts any U.S. mug maker at a severe disadvantage.

“I hope this [problem] reaches the president’s desk and that is it both informative and infuriating to him as it has been for me,” Smaldone wrote in a blog post related to his Feb. 7 op-ed.

“This is not American First, this is America Last,” he concluded.