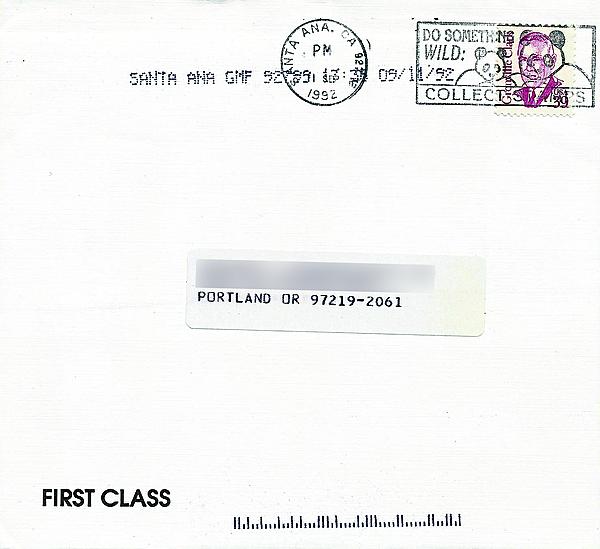 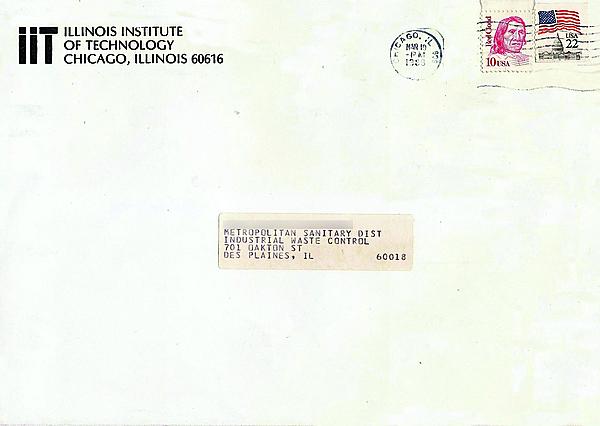 Figure 1. This March 18, 1988, letter weighing one ounce or less exceeded the standard height dimension for first-class mail, and thus the nonstandard surcharge applied. First-class postage was paid by the 22¢ stamp, while the 10¢ nonstandard

The United States Great Americans definitive series is made up of a large number of stamps that were issued beginning Dec. 27, 1980.

The series is considered to have ended in 1994, although, as it is with most definitive series, it is common to find uses well beyond that ending year. Stamps from the issue remained in post office stocks and in patrons’ hands well beyond this point.

The series contains many values because there were five major rate changes during this official period, and stamps were issued, for example, that paid for multiweight domestic rates for letters, and other special international rates that were introduced.

Although the Postal Rate Commission began considering what might represent nonstandard dimensions for first-class mail as early as April 15, 1976, the official standards were only implemented July 15, 1979.

These restrictions were put into place because items of a size that put them outside these dimensions became difficult for mail-handling machinery to process and were considered nonmachinable.

Effective on that date, a surcharge of 7¢ was applied on all first-class matter less than or equal to one ounce if it was more than 11½ inches long, more than 61/8 inches tall, or more than ¼ inch thick, or if the length-to-height aspect ratio did not fall between 1:1.3 and 1:2.5 inclusive.

As an example, a square or nearly square envelope would not fall within this aspect ratio range, and would thus be due the surcharge.

The first-class letter in Figure 1, weighing up to one ounce and mailed March 18, 1988, was more than 61/8 inches tall, and thus, the nonstandard surcharge applied.

The square first-class letter weighing up to one ounce in Figure 2 was mailed Sept. 11, 1992, and was also due the 10¢ nonstandard surcharge.

Tony Wawrukiewicz and Henry Beecher are the co-authors of two useful books on U.S. domestic and international postage rates since 1872. The third edition of the domestic book is now available from the American Philatelic Society, while the international book may be ordered from the web sitewww.spiritone.com/~tonywaw.