Proofs sell for more than $4,200 in USPS auction 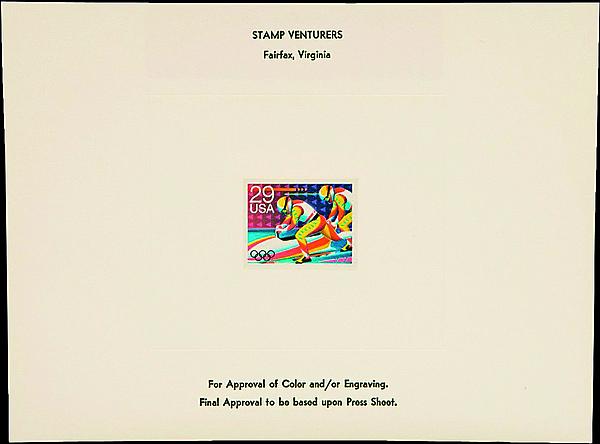 A proof of the United States 1992 29¢ Bobsledding Winter Olympics stamp, one of seven proofs recently offered at auction on eBay by the U.S. Postal Service, sold for $610.

Included were seven stamp proofs never before offered to the public that sold for a total of just over $4,200.

The auction took place at www.ebay.com/stamps under the Special Auctions section.

The seven proofs offered were described by the Postal Service as duplicate items from the USPS Postmaster General’s Collection.

The remaining items were mostly duplicate Postal Service products, including signed examples of the 2013 Muscle Cars stamp panes, annual year sets and other retail products previously offered by the Postal Service, many of which have been taken off sale.

Sales totals for those remaining 43 products were hidden from the public on the eBay site.

This is the second recent auction that the Postal Service has conducted on eBay. The previous auction closed Sept. 23, 2013, generating $12,400 in sales from the 100 items auctioned.

Linn’s first reported on the Feb. 16-26 sports-theme auction with a Feb. 5 online posting at www.Linns.com and a story in the Feb. 24 issue. That story reported that a USPS press release with additional information was expected Feb. 16, but that release was not sent to Linn’s until Feb. 21, after the press deadline for the March 10 issue.