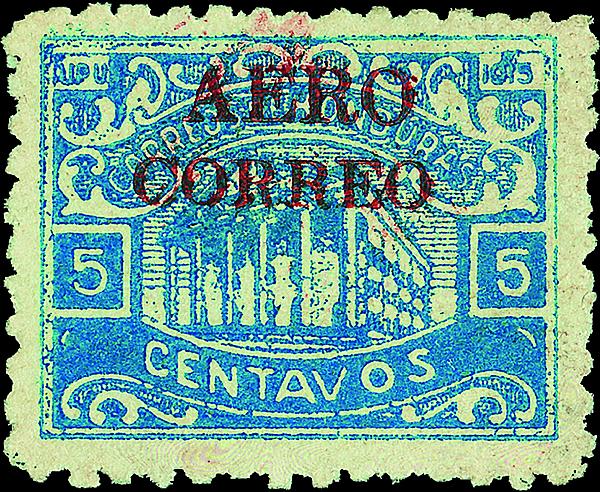 Sumner B. “Sonny” Morgan piloted the airplane in the solo flight around Puerto Cortes in Honduras and thus played a role in the saga of the Black Honduras and Red Honduras airmail stamps issued in 1925 by Honduras. Photos courtesy of Mystic Stamp Co. 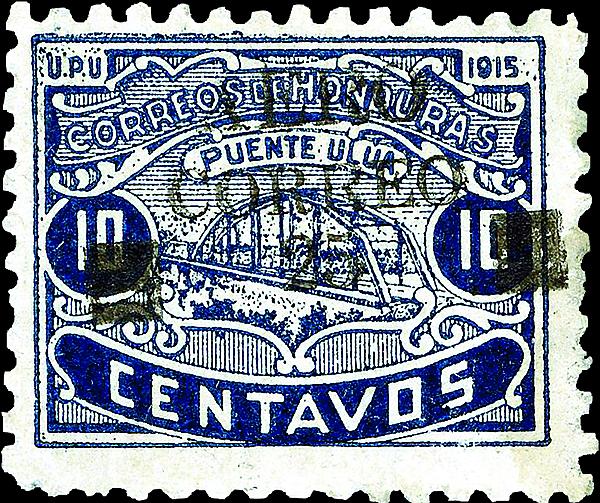 I would like to comment on the excellent article on the 1925 Honduras airmail stamps, “The Black Honduras and Red Honduras saga” by Ken Lawrence, in the Jan. 19 Linn’s Stamp News.

I have access to some information on the Sumner B. Morgan flights and can provide additional details.

It might interest readers to know that Morgan first flew the airplane he described as a model 39L as early as March 14, 1925, when he made a short 20-minute solo flight around Puerto Cortes in Honduras.

He repeated this flight five days later, on March 19.

The flight time for this final leg was just 20 minutes. Importantly, for this short hop from Tamara to Tegucigalpa, this is the first flight where mail is recorded as having been carried.

His next flight took place May 1, when again he carried mail from Tegucigalpa to Puerto Cortes with a flight time of exactly three hours.

The following day he flew back to Tegucigalpa again in two hours and 20 minutes. On this flight, he is recorded as having carried a package, but there is no mention of mail.

After two hours in the air, Morgan had to make a forced landing at Flores because of a broken oil pump. It wasn’t until May 14 that he was able to complete this journey with a 45-minute flight from Flores to Tegucigalpa. Mail was carried on this latter flight, but obviously, it was delayed.

Morgan flew several more round trips, with his last flight of this period being a several-day affair from Puerto Cortes via Lepatereque and Flores to Tegucigalpa.

On this flight, which left Puerto Cortes June 29, he hit a storm, ran out of fuel after three hours in the air and had a forced landing at Lepatereque.

On an attempted takeoff the next day, the plane nosed the ground and broke a propeller. On July 5, he attempted to complete the journey, but rain and strong winds forced him to land at Flores after one hour in the air. The flight was finally completed with a one-hour flight on the following day, July 6. This resulted in delayed mail once again.

The plane was then grounded until early November, when Morgan took to the air again.

Several more round trips were made, with the final one from Puerto Cortes to Tegucigalpa taking place over two days, Dec. 21-22.

This is not exactly correct, though Morgan did, as noted here, fly from Tegucigalpa to Puerto Cortes on May 1.

In 1925, Toncontin Airport did not actually exist as such; however, flights to and from Tegucigalpa in the early days did land on the Toncontin flood plains. The actual site for the airport was acquired by General Tiburcio Carias for the military in 1933, and the airport was inaugurated in January 1934.