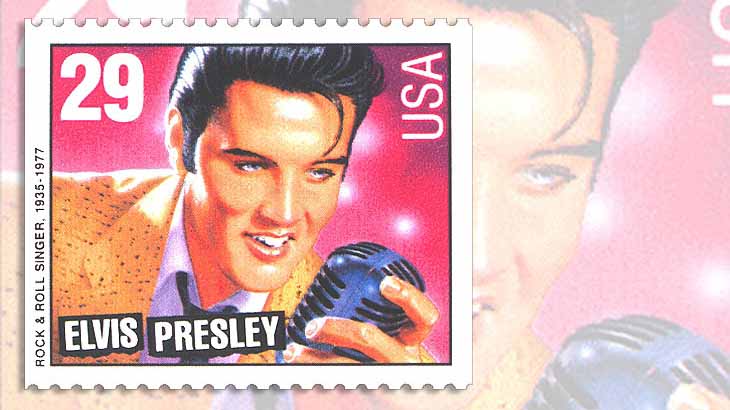 Ever since the first Elvis Presley stamp was issued in 1993, the United States Postal Service has sought to capture the magic that stamp generated among the public, according to a June 9 report in The Washington Post.

“There are still millions of Elvis fans out there who will buy the stamp,” Baadke said in the Post story. “But it’s unlikely it will make a big a splash. The numbers are likely to be reduced, simply because fewer people are using letter mail.”

McAllister's entertaining linns.com blog post about the first Elvis stamp also is cited. “I have attended many stamp ceremonies since than rainy night, but I have never seen anything to match the enthusiasm of those crowds in Memphis or the Presley birthplace of Tupelo, Miss.,” McAllister writes.

Rein concludes her report by observing that the original Elvis stamp represented the “glory days” for the Postal Service.