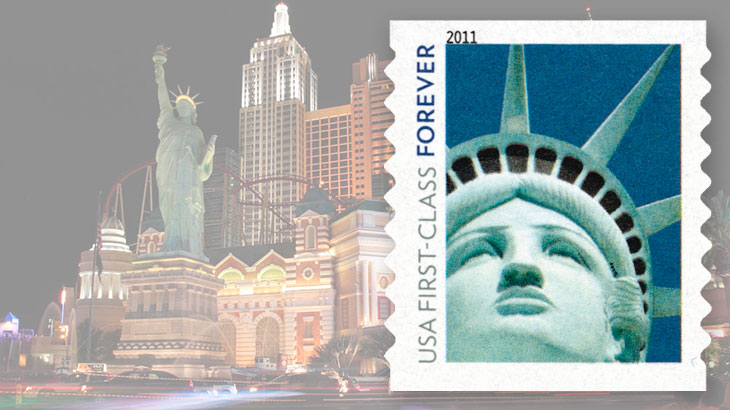 Mental Floss recently revisited an infamous error made by the USPS on a 2010 forever stamp that was intended to recognize an essential American landmark.

The stamp in question, of course, is the forever stamp paying homage to the Statue of Liberty. Why so infamous?

“That's because the Liberty pictured on the stamp is actually a photo of the one who has stood watch over the New York-New York Hotel and Casino in Las Vegas since 1997,” Mental Floss explains. “So while she may be welcoming the tired and the poor, it’s because they’ve been up all night playing craps as opposed to spending months on a boat in search of a better life.”

It was actually a Linn's Stamp News reader who first caught the error.

Look back at how it all went down.

“A United States Post Office Department mural created by a protege of renowned muralist Diego Rivera, missing since 1979, has been discovered in a dusty crate in the basement of a Northern California post office.”

“Some collectors think they can expertize themselves, when they buy literature about forgeries, which explains or pictures characteristics of genuine and forged stamps.”

Here's what else it takes.