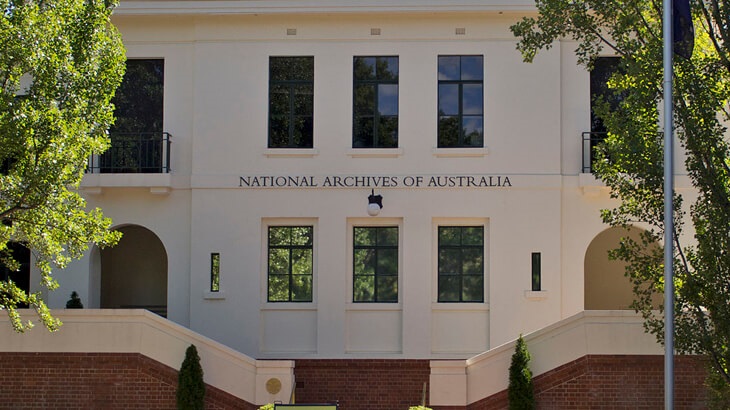 A letter from a French man to his mother sent via hot-air balloon in 1870 resurfaced recently at the National Archives of Australia, of all places.

1. Mysterious discovery at the National Archives of Australia

A historic letter sent from Paris by hot-air balloon in 1870 recently resurfaced and is the focus of renewed attention in Australia and France, according to Yahoo News.

The letter, scribbled out on Dec. 6, 1870, was written by a Frenchman, Charles Mesnier (or Mesmier), and is addressed to his mother in Pont-Audemer, Normandy. At the time it was written, the Franco-Prussian War was in full swing, with German forces surrounding Paris for almost four months.

Hot-air balloons were, at the time, the only way to get a letter out of Paris without having them intercepted. According to Yahoo, dozens of mail flights resulted in the delivery of hundreds of thousands of letters.

“The single-sheet letter is just 207mm x 133 mm (eight by five inches), folded into an envelope with the address on the reverse side and Eure, the department where Pont-Audemer is located, written on the top left along with ‘par ballon monte’ — or delivery by hot air balloon,” Yahoo reports.

The letter, which detailed the horrors of war, was sent on Dec. 7 and arrived at its destination on Dec. 16.

2. When uncut is unavailable

Henry Gitner and Rick Miller have a bit of a bone to pick with the United States Postal Service after orders for uncut press sheets of the new Botanical Art stamps were taken long after supply of the popular item was exhausted.

“Recently the Postal Service has cut the print quantities of uncut press sheets without die cuts in unfathomable ways, seemingly without regard to format or demand.”

What does that mean for collectors?

The Penny Red’s 175th anniversary is being celebrated Wednesday at Stampex, the London stamp exhibition that runs from Feb. 17-20.

The Penny Red replaced the Penny Black, the world’s first postage stamp, in 1841.

Plenty of interesting Penny Red related items are on display in London this week.