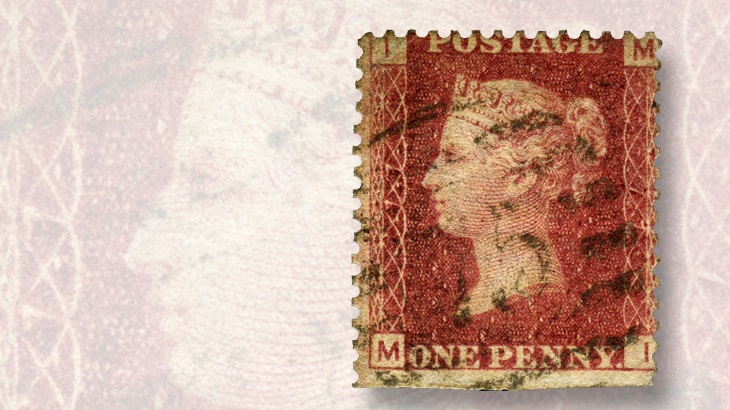 One of only five known used Plate 77 Penny Red stamps was recently sold to an unnamed buyer for £495,000.

The second most valuable stamp in all of the United Kingdom has been sold for a whopping £495,000, The Guardian reports.

The sale to an unnamed British collector occurred last week and was facilitated by London-based dealers Stanley Gibbons.

This example of the Plate 77 Penny Red stamp is one of five used examples known to philatelists, according to The Guardian, and is well-known as one of the most valuable stamps in the UK.

“Plate 77 Penny Reds, which date from 1863, are viewed by collectors and investors as the holy grail of philately because Plate 77 stamps were not meant to exist,” The Guardian reports. “The stamps were created but never sold by post offices after they were not considered to be of good enough quality.”

The philatelic department of Liechtenstein’s postal administration is offering a new type of personalized postage stamp pane that allows customers to create a panoramic image across 10 stamps.

Two examples of this new take on stamp panes were made available for viewing during the announcement.

On March 18, Hiram Bithorn, the first Puerto Rican born player to participate in Major League Baseball, will be honored with a commemorative postmark.

After a stint in the minor leagues and playing winter ball in Puerto Rico, Bithorn was picked up by the Chicago Cubs in 1942 and pitched his first major league game on April 15 of that year.

Read about how Bithorn will be honored.