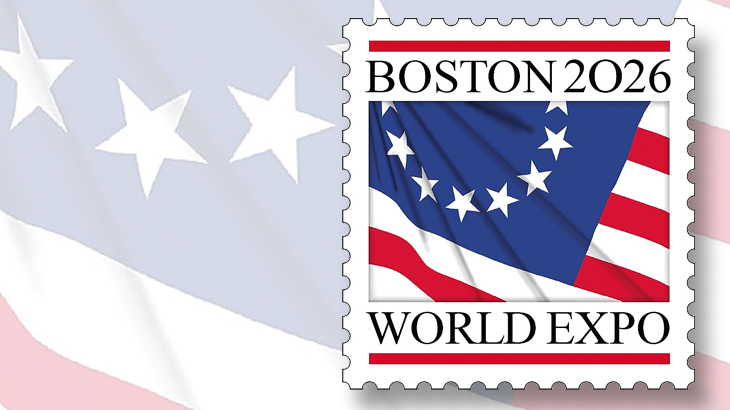 Organizers of the Boston 2026 World Expo are exploring opportunities to showcase more than just stamps at the next United States international philatelic exhibition. “Our target audience is more than collectors with an existing connection to organized phi

What’s in a name?

For the leaders behind Boston 2026 World Expo, a recent name change for the international stamp show opens up opportunities to be more inclusive.

As Linn’s reported May 19, the philatelic exhibition scheduled to take place May 23-30, 2026, at the Boston Convention and Exposition Center in Boston, Mass., recently revised its name and adopted a new logo.

A May 5 press release announced the changes, stating that the name change “opens the door to explore more than just stamps,” while pointing out that the hobby includes a wealth of other items.

In response to an inquiry from Linn’s, Boston 2026 World Expo president Nancy B. Clark reaffirmed that the name change emphasizes that the show’s focus is more than just stamps, though still related to philately.

“So this means we would include covers, labels, picture postcards, stationery, not necessarily only postal stationery, literature, and material that might be used in display class exhibiting,” Clark said. “We also want to have more foreign postal administrations, and allow them to provide more than just their postal products, but also take the opportunity to share information about their country to our visitors.”

Efforts are also underway to partner with local historical entities, Clark said, adding that making new collectors and increasing the commitment of existing collectors are among the show’s objectives.

Full details of the show, the 12th international philatelic exhibition of the United States, are available here.