Reviving leaders via stamps: Inside Linn’s 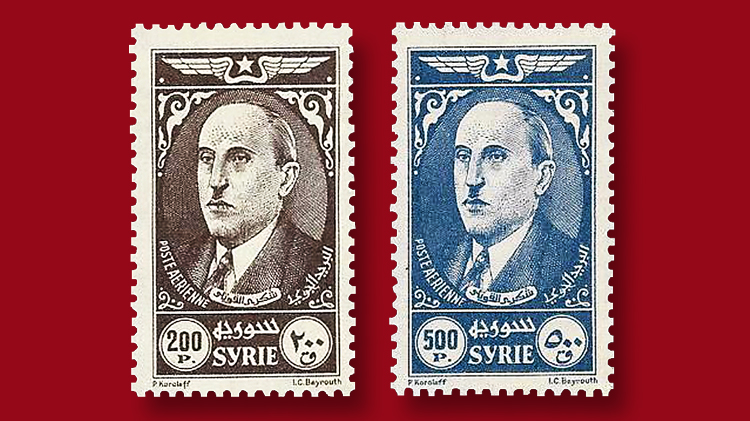 The June 25 issue of Linn’s Stamp News just landed on the presses and goes in the mail to subscribers Monday, June 11. And if you subscribe to Linn’s digital edition, you’re at the head of the line with early access Saturday, June 9. To heighten your anticipation even further, enjoy these three previews of exclusive content available only to subscribers.

"One of the things I enjoy most about being an avid stamp collector is that I have the power to bring a person featured on stamps back to life through writing about them," Ghassan Riachi writes in this week's Middle East Stamps column. Syria's President Shukri al-Quwatli is revived this week via two 1944 Syrian airmail stamps issued to commemorate his election.

Columnist Rick Miller writes a follow up to his Stamps of Eastern Europe column in the May 28 Linn’s, when he reported on various postage stamps, mostly from Eastern European countries, that were related to ancient Thrace. In this issue, he focuses on how Northern Thrace became Eastern Rumelia, its unification with Bulgaria and the related stamps.

Reviewer declares this mix a winner