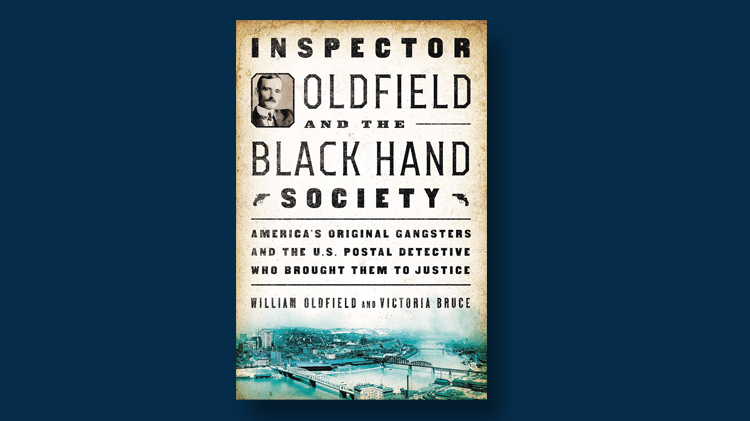 Inspector Oldfield and the Black Hand Society, the true story of a postal inspector and a crime ring in the early 20th century, was released on Aug. 21.

The U.S. Postal Inspection Service is the federal law enforcement arm of the U.S. Postal Service. How did it come to be and what it has accomplished during its history? A recently released book, Inspector Oldfield and the Black Hand Society by William Oldfield and Victoria Bruce, answers those questions and more.

The more than 300 pages in the book fly by as the reader is given the history of how the postal service was formed in the British Colonial era, was transformed into a communications hub to enable the American Revolution, and later served as the essential means of tying together the ever-increasing number of states and America’s dispersed population as the nation expanded westward.

The inspection service began with a single person who was tasked with rooting out internal malfeasance and corruption. But as the postal system grew, its ranks swelled and its responsibilities increased. One of these responsibilities was dealing with any criminal activity that included the use of the U.S. mails to facilitate success.

The Society of the Banana was made up of mostly of Italian immigrants who preyed on other Italian immigrants working in legitimate jobs to establish themselves in their new country. Their success was an attractive target for a criminal enterprise that developed an elaborate mail-based scheme to demand protection money under threat of death.

Enter Frank Oldfield, an intrepid postal inspector, who volunteers to deal with the 1908 murder of a man who resisted a mailed letter demanding $2,000 to let him live. Thus begins a complicated, but successful effort, to unravel the activities of the Society of the Banana.

The book is Oldfield’s story, principally written by his great-grandson based on documentary evidence and family history.

To say the book is riveting understates the power of the story. And the conclusion is in doubt until the very end.

Released Aug. 21, the book was published by Touchstone, an imprint of Simon & Schuster. The hardcover edition is $26, available from Touchstone and other booksellers.