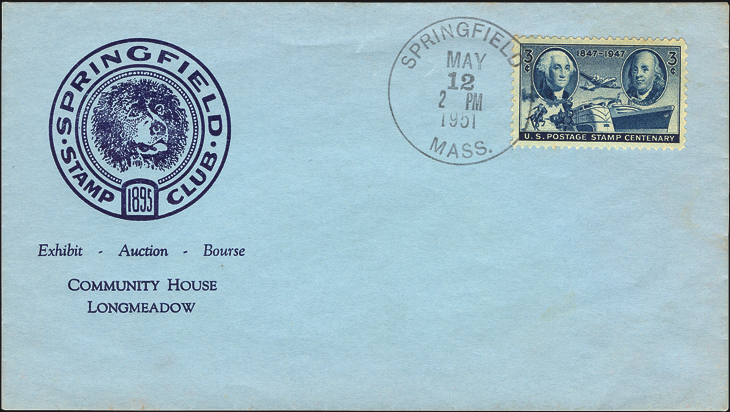 This cover solves the mystery of the location of the Springfield Stamp Club. 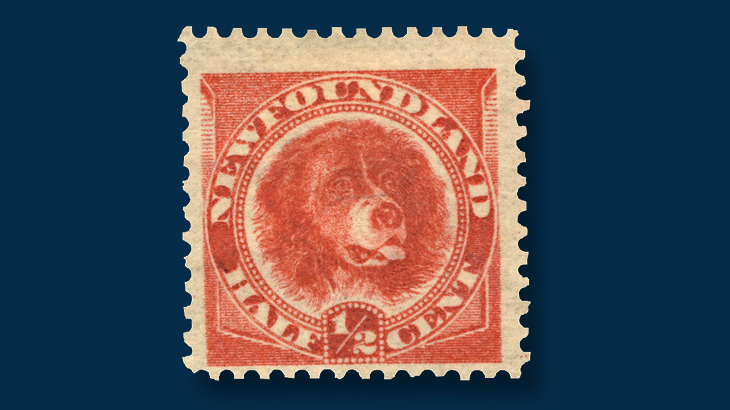 The Newfoundland stamp showing a Newfoundland dog seems to be the model for the Springfield Stamp Club’s seal. Why was that dog adopted for the seal? 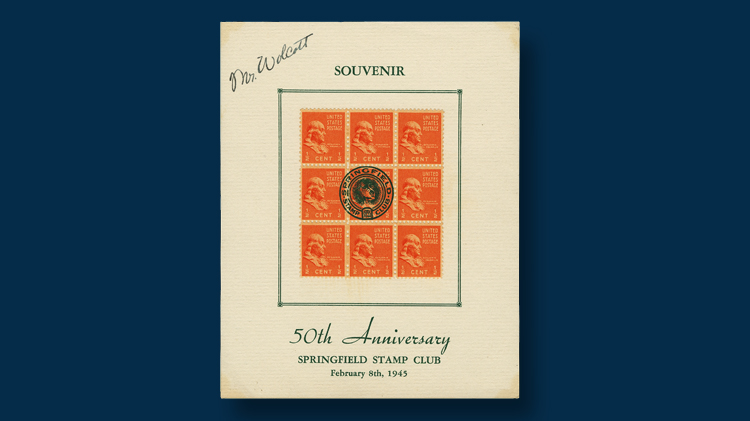 This 50th anniversary stamp club souvenir was produced by the Springfield Stamp Club in 1945, using a block of nine ½¢ Prexie stamps. Which Springfield had a stamp club that was established in 1895?
Previous
Next

In this column in the March 12 issue of Linn’s, I illustrated a 50th anniversary souvenir released in 1945 by the Springfield Stamp Club. But the souvenir card does not say where Springfield is.

There are a lot of towns named Springfield in the United States — according, to the U.S. Board on Geographic Names there are 33. So, I asked Linn’s readers if they could identify the Springfield club that was celebrating its 50th anniversary in 1945.

The image above shows the souvenir card with the Springfield Stamp Club’s seal handstamped in the center of the ½¢ Benjamin Franklin stamp (Scott 803) of the 1938 Presidential, or Prexie, issue.

The club’s seal includes the year the club was founded, 1895, and an image of a dog.

Shortly after the column appeared, a Linn’s reader pointed me to the cover with the club’s seal on it that was being offered on eBay (second image above). Canceled on May 12, 1951, in Springfield, Mass., it solves the riddle.

Now there is a new mystery. Why is there a dog in the center of the club seal? Part of the answer undoubtedly tracks to the appearance of the same dog on Newfoundland’s 1887-96 ½¢ definitives, one of which is depicted in the third image above. But why was it chosen, and does the Newfoundland stamp have a connection to the club?

Robert W. Clark of Longmeadow, Mass., provided some background information on the Springfield, Mass., club. He reported that it is the second oldest stamp club in continuous operation in the United States today, second only to the Garfield-Perry Stamp Club in Cleveland, Ohio, formed in 1890.

In addition to Clark, I want to acknowledge and thank Linn’s readers Jim Drummond and E.J. Guerrant who also wrote in with useful information.