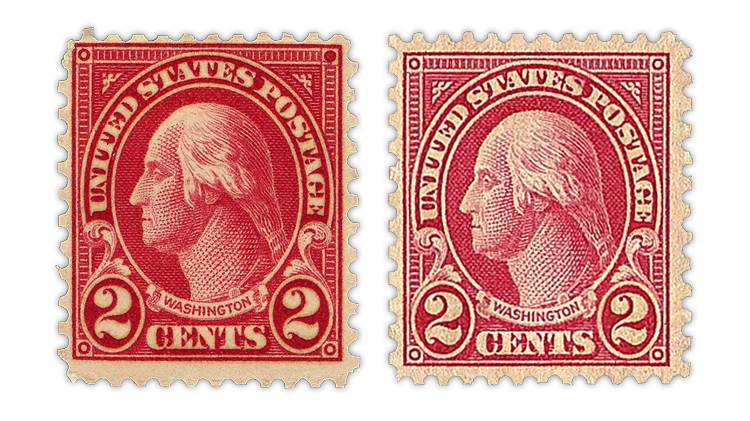 Figure 1. Look at the upper right corners of the two Fourth Bureau Issue 2¢ George Washington definitive stamps shown here. On the stamp on the left, the “o” is filled in, while the normal stamp on the right shows the “o” open. Is this an example of marki 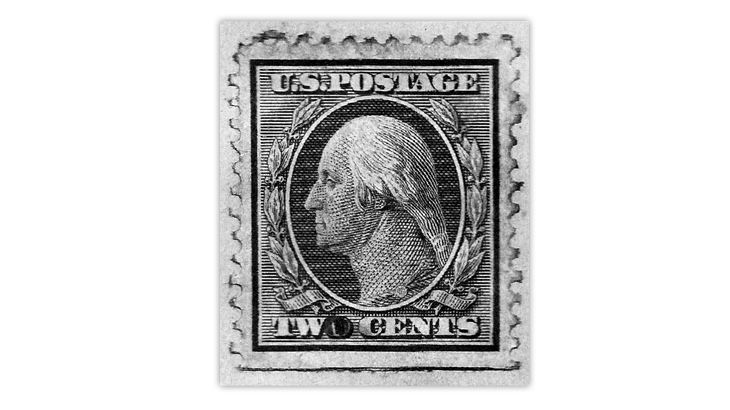 Figure 2. A black-and-while illustration from the book Inspector Oldfield and the Black Hand Society of a stamp marked by the Postal Inspection Service for use in an investigation. See the “o” in the word “Two.”
Previous
Next

In the U.S. Stamp Notes column in the Sept. 24, 2018, issue of Linn’s, I presented an 80-year-old mystery featuring an unusual stamp with a filled-in “o” in the upper right corner.

When I received the stamp with the filled-in “o,” it was labeled the “Taunton Mystery” stamp. The most promising clue was an article by Max Johl in the Nov. 30, 1940, issue of Stamps Magazine, in which he suggested that the stamps were planted (after marking) in the Taunton post office by postal inspectors. Why? is the question.

A piece of information that supports Johl’s idea comes from a 2018 nonfiction book by William Oldfield and Victoria Bruce titled Inspector Oldfield and the Black Hand Society.

The book was published by Touchstone, an imprint of Simon & Schuster. I reviewed it in the U.S. Stamp Notes column in the Nov. 5, 2018, issue of Linn’s. As a recap, here is a quote from Simon & Schuster:

“The incredible true story of the US Post Office Inspector who took down the deadly Black Hand, a turn-of-the-century Italian-American secret society that preyed on immigrants across America’s industrial heartland — featuring fascinating and never-before-seen documents and photos from the Oldfield family’s private collection.”

The title postal inspector was Frank Oldfield. One of the investigative techniques he used in trying to get the goods on Black Hand members was tracking the use of marked stamps.

Chapter 7, “Stakeout,” begins: “In late February 1909, Sebastian Lima left the Society of the Banana [a Columbus, Ohio, branch of the Black Hand Society] headquarters in the back of his brother-in-law Sam Lima’s fruit shop and walked three blocks south. He arrived at the Marion [Ohio] post office … with a stack of letters addressed to cities in Ohio, Pennsylvania, and New York. He asked the clerk for stamps and received tiny two-cent rectangles with perforated edges.

“The image on the stamp was a portrait in profile of George Washington, his face created from a series of minute strokes and dots. Thin horizontal lines crossed the backdrop and laurel leaves frame the president’s image. To prevent counterfeiting, the U.S. Post Office printed the stamps in bright red ink from a highly detailed engraving. What Lima did not notice about the stamps the clerk gave him that day was that each one had a tiny red dot inside the letter o in the word ‘two.’”

Figure 2 shows one of those stamps, as illustrated in black-and-white in the book. While not exactly subtle to a stamp collector, it apparently was not noticed by the crooks and enabled postal delivery personnel to identify all the addresses of a letter summoning society members to a meeting, providing a critical break in the case.

Though the stamp is different from the later Taunton mystery stamp, it is not much of a stretch to see the two as being related. Certainly postal inspectors would have routinely had this as part of their investigative tool kit.

My thanks to Linn’s readers Gerry Cross, E.J. Guerrant, Geoffrey Meyer and Len Piszkiewicz, who wrote to me to note the connection between the Inspector Oldfield and the Black Hand Society book and the Taunton mystery stamp.

The hardcover edition of the book is $26 and is available from Simon & Schuster and other booksellers.