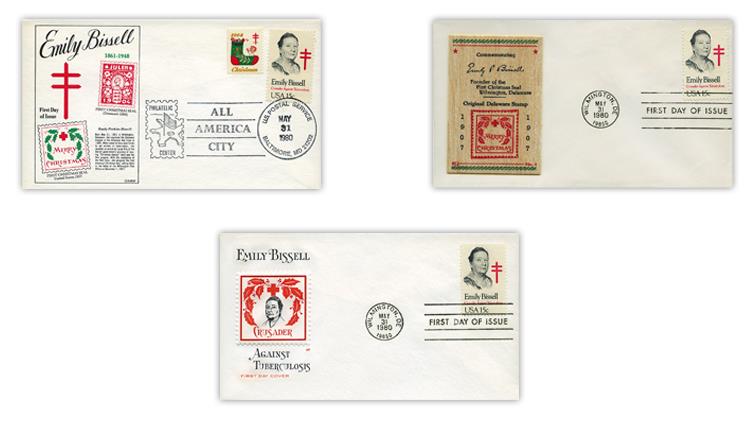 Figure 1. These three cacheted first-day covers for the 1980 15¢ Emily Bissell stamp are among the best for beauty and information from the author’s collection. 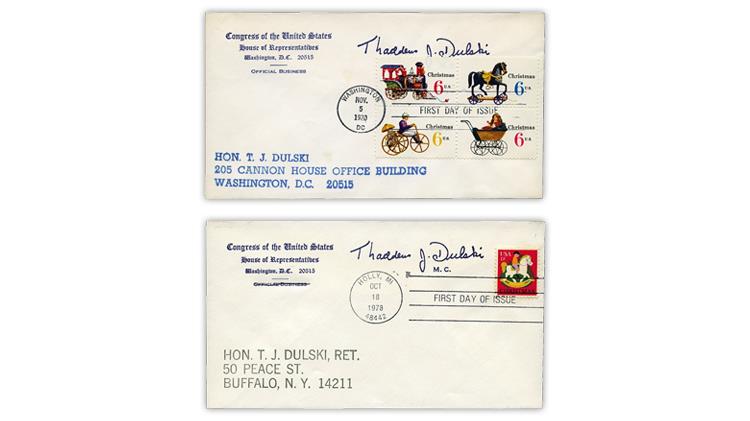 Figure 2. Rep. Thaddeus J. Dulski used his congressional franked envelopes to create these unusual first-day covers during his term of office from 1959 to 1974 and beyond. The stamps paid the postage needed as the FDCs were not official business.
Previous
Next

Collectors of first-day covers who get seriously bitten by the bug are never satisfied having just one cover for each stamp.

The left side of the FDC has long served as a palette for artists who use it to expand upon the information conveyed by the stamp or to picture associated elements that relate to the stamp’s design. This artwork is called a cachet.

I have delved into the FDC field for certain stamps I find significant. One of these is the 1980 15¢ commemorative honoring Emily Bissell (Scott 1823). A social worker and activist, Bissell lived from 1861 to 1948.

Not a household name? She deserves to be as she is as responsible for the conquering of tuberculosis as anyone else.

How? She invented the United States Christmas seal in 1907, used ever since to generate hundreds of millions of dollars for TB research and research on other lung ailments.

Bissell borrowed the idea from Denmark, which pioneered the concept, and became a one-woman force to make it happen in the United States.

She designed the first U.S. Christmas seal and also had them printed; raised seed money from friends; convinced the Wilmington, Del., post office to allow her to sell the seals (at 1¢ per seal) in its lobby; and persuaded the editor of a Philadelphia newspaper to publicize the availability of the seals.

There are likely hundreds of different Bissell FDC cachets. My collection has only 25. Three of my three favorites are shown in Figure 1.

For those interested in FDC collecting, a wonderful resource is the American First Day Cover Society. For information, visit the AFDCS website or write to AFDCS, Box 246, Colonial Beach, VA 22443-0246.

Congressional franked envelopes were valid as postage only for official business. However, the envelopes could be used for personal purposes as long as the user put the proper postage on them.

Some congressmen and senators who were stamp collectors used their envelopes to make FDCs. One such legislator was Rep. Thaddeus J. Dulski (1915-1988), a Democrat from New York who served in the House of Representatives from 1959 to 1974.

From 1967 to the end of his congressional career, Dulski served as chairman of the House Post Office and Civil Service Committee, where he helped shape the legislation that created today’s U.S. Postal Service.

My guess is that multiple FDCs were created for each stamp issue and distributed to friends, influential constituents and donors known to be stamp collectors. I don’t have letters that prove this, but I’ve seen similar letters from other congressmen and senators who used FDCs as a means of wooing voters.