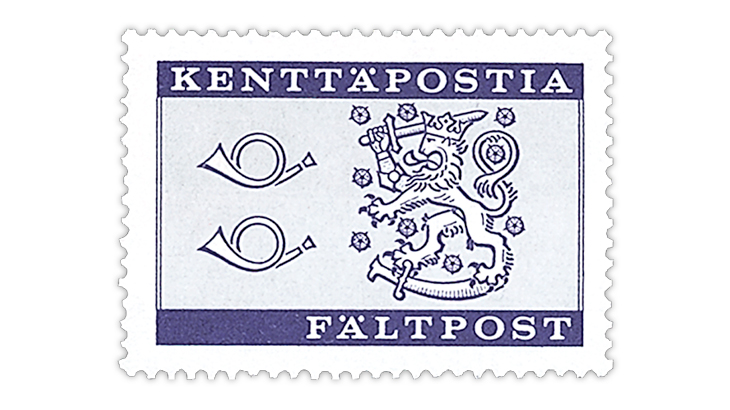 Finland’s military stamps issued in 1963 and 1983 were only in use briefly and are infrequently encountered in the stamp market.

Military stamps are issued to members of the military in times of war or special operations. They allow them to send letters home without paying postage fees.

Some countries, including the United States, have given military members the franking privilege, so stamps are not used. But a number of countries have issued military stamps for better control of the system. Finland is one of those countries.

These two Finnish military stamps were only briefly in use, and they are not frequently encountered in the stamp market.

The 1963 military stamp was for use during maneuvers that were held from Sept. 30 to Oct. 5 of that year. The stamp was only valid from the Sept. 26 issue date to the end of the maneuvers. The stamp design shows Finland’s lion coat of arms and two post horns.

Used examples are probably best collected on cover to avoid questions of correct in-period use.