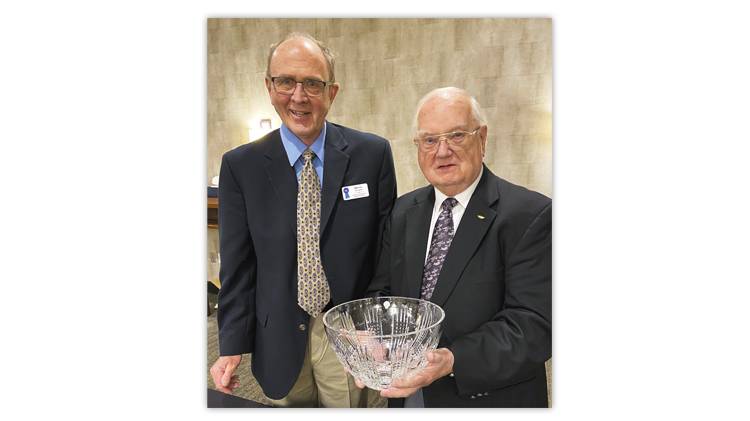 Allen D. “Don” Jones won the 2022 George Brett Cup for most outstanding exhibit of 20th-century material May 28 at the Rocky Mountain Stamp Show in Denver.

Jones’ exhibit, “Establishing the United States Transcontinental Air Mail Service, May 15, 1918-June 30, 1924,” qualified for this AAPE award after achieving a score of 93 points or higher at a World Series of Philately show during the last three full competitive seasons.

Jones has specialized in airmail exhibits since entering his first national show in 1978. He said he enjoys exhibiting so people can see what happened in the story of airmail from the pioneer period through the transcontinental period.

This is the fifth year the Rocky Mountain show has been selected to host the competition.

Brett, who died in 2005, was the past president and chairman of the United States Stamp Society. The AAPE presented the first George Brett Cup in 2017.