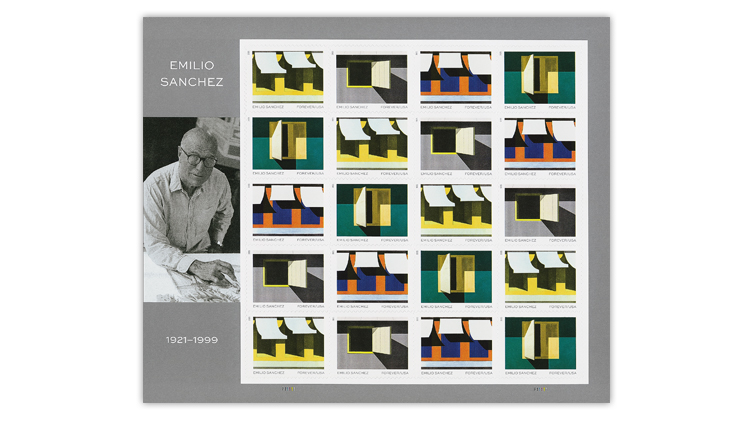 In the Jan. 10 issue of Linn’s Stamp News, Jay Bigalke reviews the cost to collect all of the stamps issued by the United States Postal Service in 2021.

The Jan. 10 issue of Linn’s Stamp News just landed on the presses and goes in the mail to subscribers Monday, Dec. 27. And if you subscribe to Linn’s digital edition, you’re at the head of the line with early access Saturday, Dec. 25. While you wait for your issue to arrive in your mailbox, enjoy these three quick glimpses of exclusive content available only to subscribers.

Now that the 2021 United States stamp program is complete, Jay Bigalke reveals how much it cost to buy all 112 stamps issued last year. “The cost to collect one each of every United States stamp and postal stationery item issued in the past year dropped by nearly $30 in 2021, while the total number of stamps and stationery issued remained close to the same,” he explains. “The total single-stamp cost for collectors was $75.34 in 2021, compared to $105.04 in 2020 and $101.35 in 2019.” Bigalke shares numerous additional insights and statistics that will help you make sense of the numbers presented in the accompanying tables. Linn’s Stamp News began adding up the cost to collect U.S. stamps in 1991.

A most unusual U.S. paid reply postal card mailed in 1958

“One of my challenges is finding properly used, unsevered international paid reply postal cards. I’ve seen only a handful in many years of searching. Paid reply postal cards are sold to the public as two unsevered cards, one for the message and one for the reply,” observes Wayne Youngblood in The Odd Lot. The eye-catching example Youngblood illustrates is a 1956 4¢+4¢ Liberty paid reply card (Scott UY16) that was sent in 1958 to Australian Prime Minister Robert Menzies by a young and philatelically enthusiastic Cub Scout named James Anderson. The return card features a photo of Anderson and the Scout oath. Youngblood writes that “this was not an inconsiderable effort by a young boy and whatever parent was financially or otherwise supporting his interest.” Youngblood provides a brief biography of Menzies and discusses the other elements of the card, such as Anderson’s message to the prime minister and the Australian postal markings that appear on the message and reply cards.

Linn’s regularly publishes three games to entertain readers: Trickies, a word scramble puzzle by Joe Kennedy; a word search puzzle by D.E. Rubin; and Philatelic Lexicon, a crossword puzzle by David Saks. In the crossword puzzle in this week’s issue, Saks serves up the ninth installment of translating philatelic French into English. After catching up on the news and reading your favorite column, grab a pencil and have a little bilingual philatelic fun. The 10th and final installment will appear in a future issue of Linn’s.