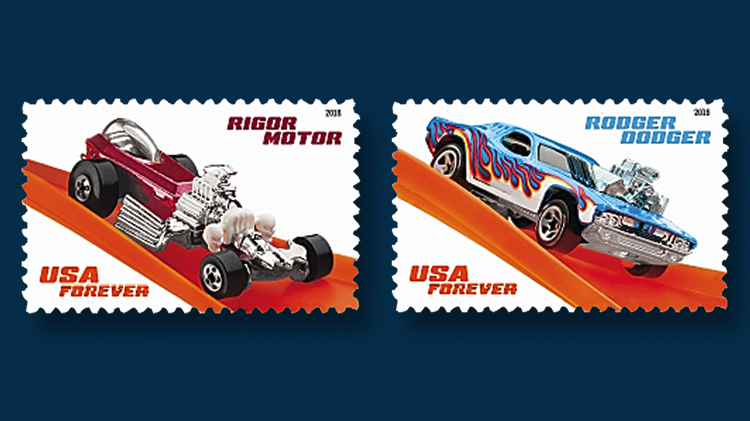 The 10 stamps celebrate 50 years of Hot Wheels toys and collectibles. The Rigor Motor from 1994 evokes the spirit of Halloween, while the Rodger Dodger from 1974 has a giant engine and flames along the sides. 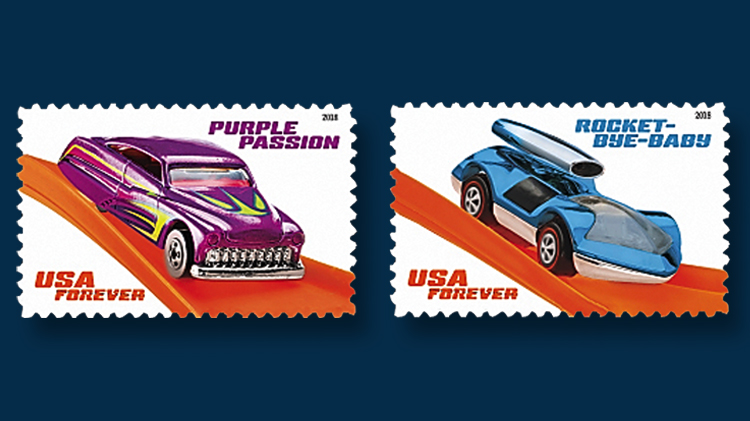 Two of the 10 different Hot Wheels forever stamps planned by the United States Postal Service. These stamps show the Purple Passion model from 1990, and the Rocket-Bye-Baby car from 1971. 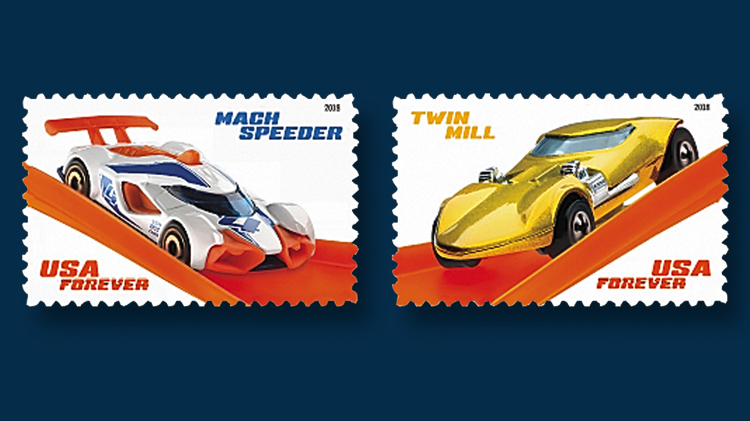 The 10 stamps will be issued in panes of 20. The 2018 Mach Speeder has a twin turbo V6 hybrid engine, and the 1969 Twin Mill car features dual big-block engines. 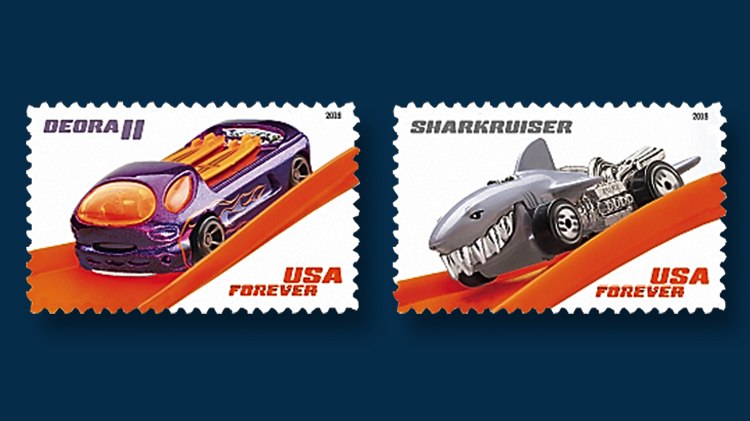 The Deora II from 2000 pays tribute to the 1968 Deora included in the first Hot Wheels line, and the toothy Sharkruiser from 1987 chews up its competition with a V8 engine. 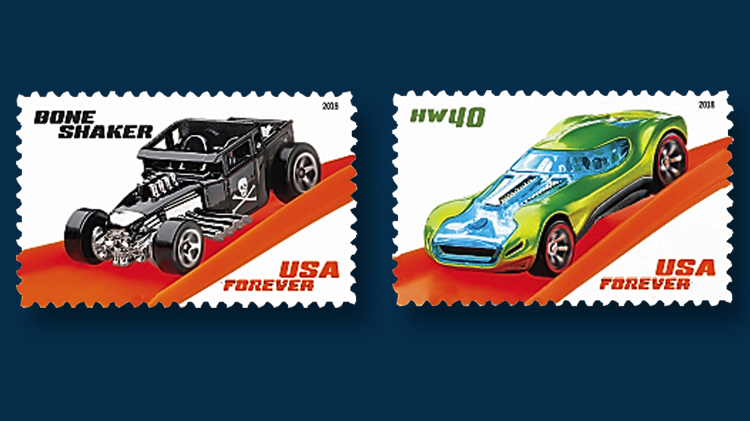 The 2006 Bone Shaker intimidates with a skull for a grille. For the 40th anniversary in 2008, Hot Wheels introduced the HW40 with a jet turbine engine.
Previous
Next

The stamp designs were revealed Aug. 15, but no issue date was announced.

The nondenominated (50¢) forever stamps each show one of 10 bold toy car designs on the distinctive orange Hot Wheels racetrack.

The designs show photographs taken by Len Rizzi of actual Hot Wheels cars, and also feature colorful typography spelling out the catchy name of each vehicle.

According to the Postal Service, “The iconic Hot Wheels logo appears in the top right corner of the pane. The back of the pane displays the Hot Wheels 50th anniversary logo.”

The stamps are being issued in a diagonal arrangement in panes of 20.

The Postal Service also provided descriptions of each vehicle.