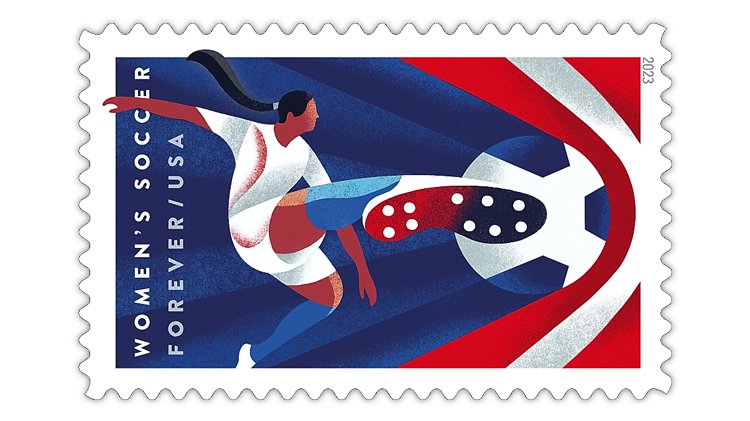 On Feb. 16, the United States Postal Service will hold a ceremony for the Women’s Soccer commemorative forever stamp at the SheBelieves Cup in Orlando, Fla.

The United States Postal Service will hold a ceremony for the Women’s Soccer commemorative forever stamp Feb. 16 in Orlando, Fla., the postal agency said in a Jan. 17 press release.

The first-day ceremony will take place Thursday, Feb. 16, at 11 a.m. at Exploria Stadium, 618 W. Pine Street, in Orlando on the first day of the SheBelieves Cup, an international soccer tournament taking place Feb. 16-22 with teams from Brazil, Canada, Japan and the United States.

Matches in the SheBelieves Cup will be played at Exploria Stadium, Geodis Park in Nashville, Tenn., and Toyota Stadium in Frisco, Texas. Exploria Stadium is the home stadium for Orlando clubs in Major League Soccer and the National Women’s Soccer League.

The ceremony is free and open to the public. Registration information is available online from the USPS.

“In the United States, women’s soccer has gained a firm foothold in sports and popular culture,” the USPS said in the press release. “From youth leagues to the elite world champion U.S. National Team, millions of girls and women across the country participate in the fast-paced, competitive sport.”

Art director Antonio Alcala designed the stamp using an illustration from artist Noah MacMillan, who died in 2022 at age 33.

No stranger to soccer-related designs, MacMillan’s previous clients included Major League Soccer and various soccer clubs within the league according to the artist’s website.

In the press release, the USPS discussed how MacMillan conjured a mid-century design aesthetic by using simplified shapes and bold colors.

“The somewhat grainy rendering lends a timeless quality to the design,” the USPS said, “evoking not just a single all-star athlete or era, but the entire legacy of women’s soccer.”

The stamp will be issued in panes of 20.