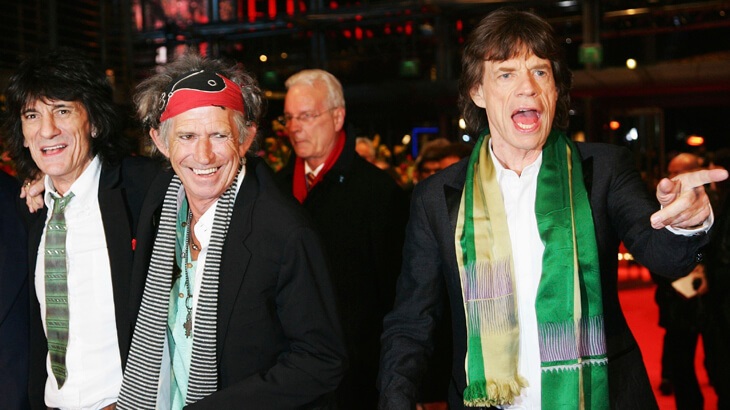 One has to think the Rolling Stones themselves would get a kick out of the piece of stamp art that was recently created by an England artist to honor one of their iconic symbols.

The world of stamp art is a fascinating one. And not just the art on stamps, but the art created with stamps.

John Bottomley, an artist from Clayton, England, recently created a tribute to one of the most iconic bands of all time when he compiled about 4,300 stamps and arranged them to honor the famous tongue logo of the Rolling Stones, according to the Manchester Evening News.

The paper is reporting that this isn't Bottomley's first major stamp creation.

“The one I did from The Shining I used more than 600 Christmas stamps, the one of Amy Winehouse took 3,600 stamps,” he told the newspaper.

Bottomley’s latest masterpiece is six-feet high, took over five weeks to complete, and is valued at roughly £2,500.

Have a look at the finished product.

The RPSL said in a release that the presentation included commemoratives, postage dues and perfins, plus the so-called “anti-bandit controls,” the two or three character overprints applied mainly to high value definitives to restrict the use of the stamps to the town named as a deterrent to theft.

Read more about highlights of his presentation.

3. State of the Stamp Hobby

World Stamp Show-NY 2016 wrapped up earlier this month, but before it did, the Linn's team held a State of the Stamp Hobby roundtable discussion seeking to gain input from others about how to improve the stamp hobby and attract new collectors.

There was much discussion sparked by those in the standing-room-only audience.

“Several members of the audience expressed concerns about an aging collector base and minimal representation of minorities,” Donna Houseman writes. “One man observed that there were few young people at the show.”

Get Houseman’s full recap of the discussion.

1. Rare use of China’s Large Dragon on 1879 cover from Taiwan in InterAsia auction