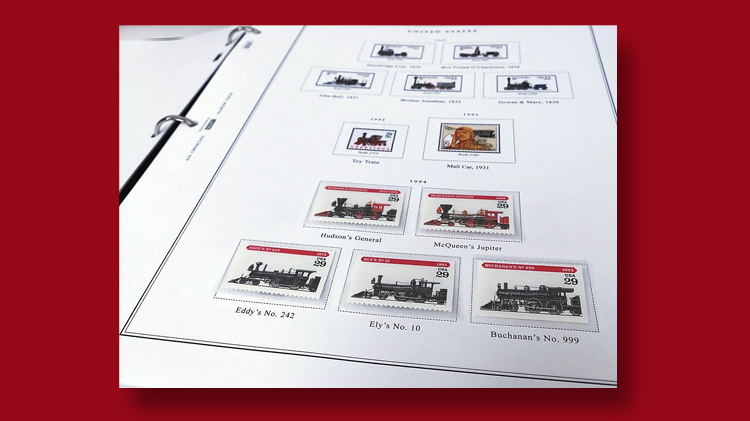 A United States page from the new Scott Rail Transportation album. As an example of how to place stamps in the album, the 1994 29¢ Locomotives commemorative stamps are mounted on the page.

The album is part of the Scott National Album topical series and highlights rail transportation stamp issues from North, Central and South America.

The album has spaces for 349 stamps that show locomotives, early steam engines, diesel trains, electric trains and more. Three blank pages are included for extra items not shown in the album. Additional blank pages will also be offered in packs of 20.

This album is printed in color on white pages, a first for the Scott album line.

We would like to thank the ATA for its help with related checklists for use in creating the album.

Additionally, I would like to thank the Amos team for their help in making this project come to fruition.

For more information on the album and pictures of sample pages, visit www.amosadvantage.com/rail.