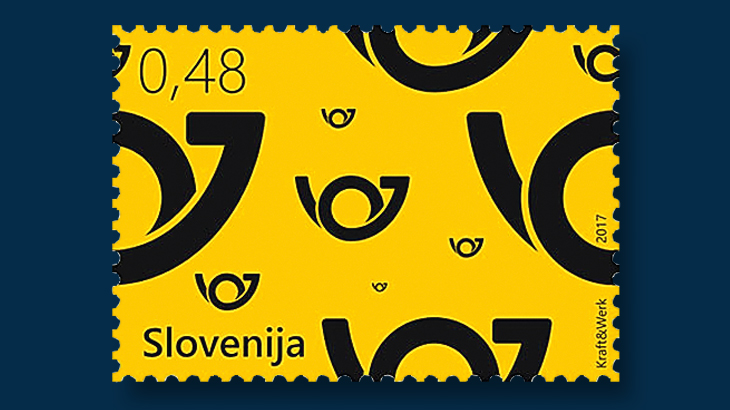 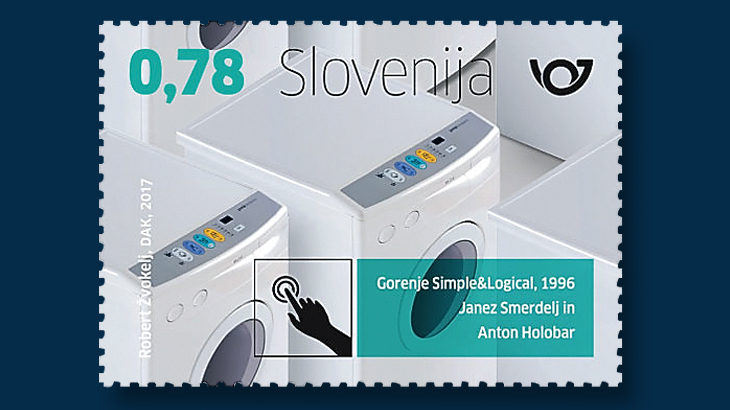 A Slovene washing machine is featured on this stamp issued Nov. 10. 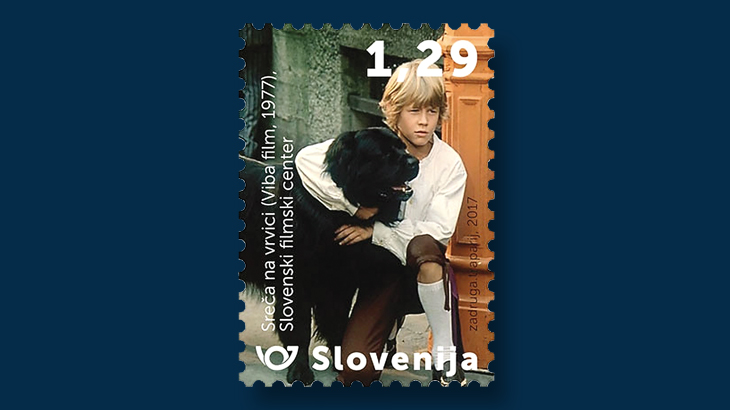 Hang On, Doggy! is honored on a stamp in the Slovene Film series.
Previous
Next

Slovenia issued 11 stamps Nov. 10, including one commemorating a washing machine.

Showing the Gorenje Simple & Logical washing machine of 1996, this 78¢ stamp is part of a series saluting Slovene industrial design.

A press release about the stamp from Gorenje, a Slovene manufacturer of large appliances, said: “The revolutionary product — the first touch-controlled home appliance — was a global innovation. For Gorenje, it meant the start of a user-centric design approach that emphasizes simplicity of use and which Gorenje continues to pursue under the slogan “Life Simplified.”

A €1.29 stamp in the Slovene Film series honors Hang on, Doggie! Considered to be the first Slovene film about modern-day children, this movie debuted Nov. 16, 1977.

The other Nov. 10 issues celebrate the Christmas and New Year holidays (four stamps), commemorate the 100th anniversary of the 1917 May Declaration (one stamp), and feature food (three stamps).

Two of the stamps showing food are part of the Gastronomy series. The other stamp is the first in a new series called Slovenes in the World. The design represents mate tea of Argentina and walnut cake of Slovenia.

For additional information, visit the their site.