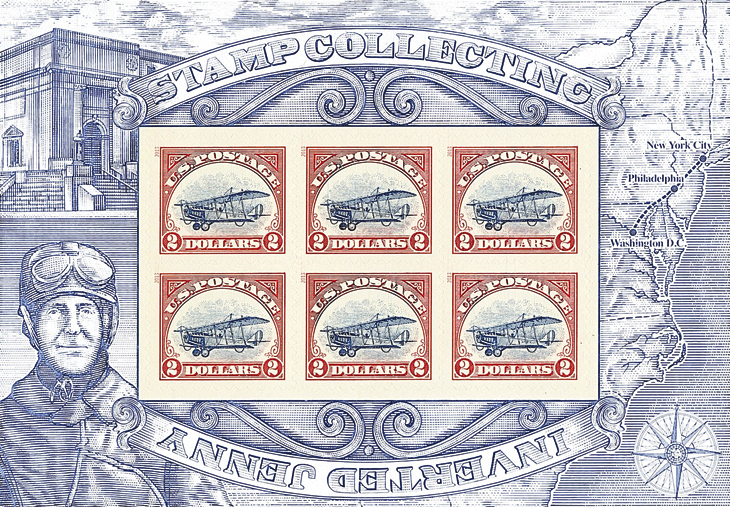 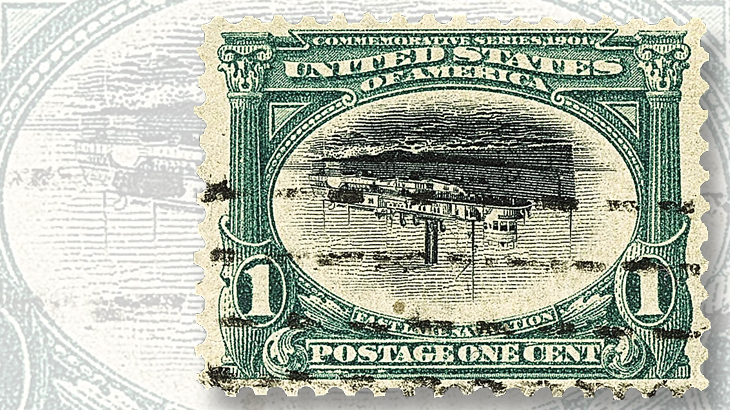 During its July 25-26 auction of United States stamps, Robert A. Siegel Auction Galleries will offer this used example of the 1901 1¢ Pan American stamp with inverted center.
Previous
Next

Several classic issues in this sale are offered for the benefit of the Smithsonian National Postal Museum, including (as individual lots) unused no-gum examples of the 1847 5¢ dark brown Benjamin Franklin (Scott 1a) and the 10¢ black George Washington (2). The 5¢ stamp is the “dot in S” variety that shows a spot of color within the “S” in the upper right corner.

The stamp is accompanied by a 1967 Philatelic Foundation certificate, and a 2002 certificate from Professional Stamp Experts. It is listed with the $25,000 Scott catalog value.

Most lots in the Siegel auction are offered without reserves.

The auction also offers a number of modern errors, including three intact panes of different U.S. commemorative stamps from 1996 that are missing their perforations, and a pane of the 2001 34¢ Lucille Ball self-adhesive commemorative (Scott 3523) with all die cutting omitted.

An even more recent modern variety in this sale is the 2013 upright $2 Jenny Invert stamp in an intact pane of six (Scott 4806d).

The pane is one of 100 intentionally printed with the Curtiss Jenny biplane flying right side up, as opposed to the 2.2 million normal panes that show the plane flying upside down.

The number of these panes actually in collector hands today is still uncertain.

The unused stamps are accompanied by the congratulatory printed filler card that was in the sealed envelope with the rare variety stamps.

The upright Jenny Invert stamp pane of six is listed in the Scott catalog with a value of $75,000 in italics, to indicate an item that can be difficult to value accurately.

The lots in the upcoming Siegel sale can be viewed on their website, with online and other bidding options available.