Auxiliary markings tell the rest of the story 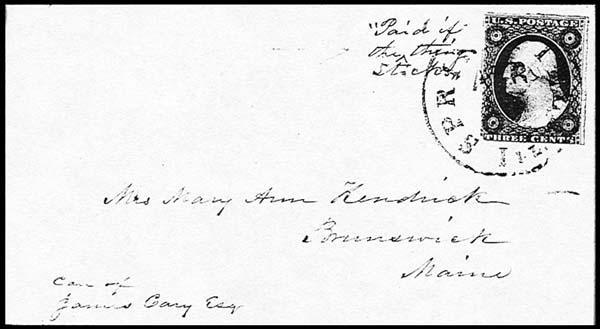 Figure 9. The sender of this 1851 letter annotated her doubts about the holding power of stamp gum alongside the 3¢ George Washington used to frank the cover. Click on image to enlarge. 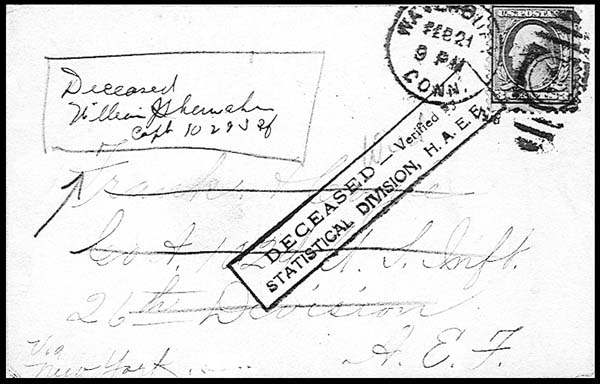 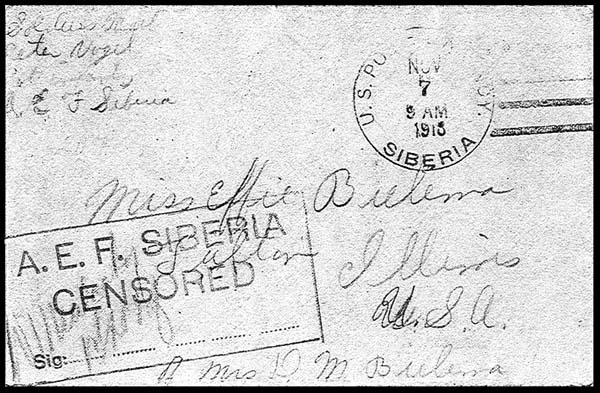 Figure 7. This cover from a soldier serving with the American Expeditionary Force in Siberia is postmarked Nov. 7, 1918, and is handstamped "A.E.F. SIBERIA CENSORED Sig." Click on image to enlarge. 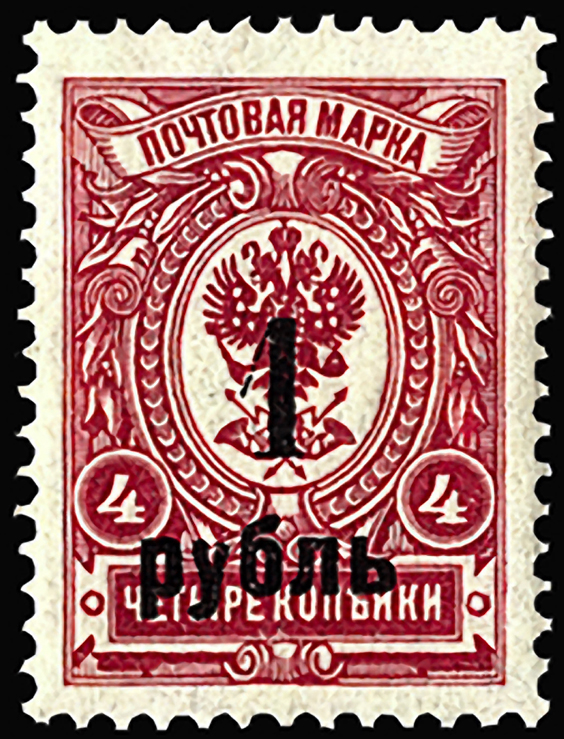 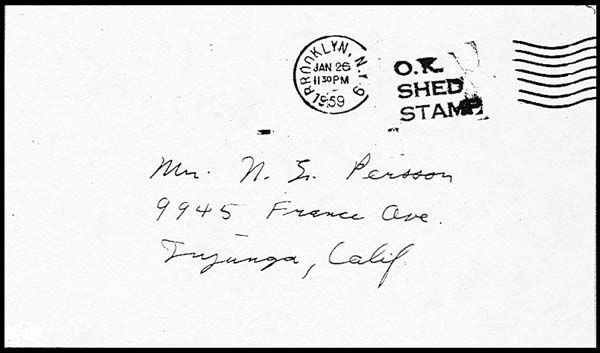 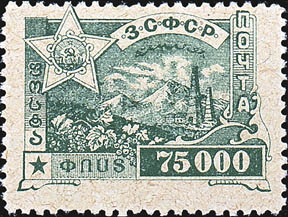 Figure 4. This cover was posted Sept. 15, 1862, in Lyttelton, New Zealand, bound for London. It displays a boxed handstamp reading "Saved from the wreck of the Colombo." The ship sank en route off the Maldive Islands. Click on image to enlarge. 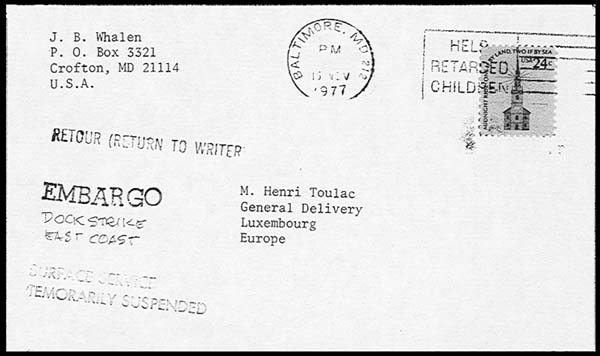 Figure 3. According to handstamps and notations, this 1977 cover sent from Baltimore, Md., to Luxembourg was returned to sender because of a dock workers' strike on the East Coast. Click on image to enlarge. 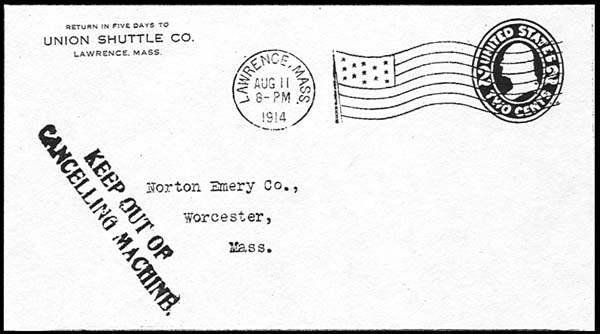 Figure 2. Judging from the Aug. 11, 1914, Lawrence, Mass., machine cancel that this cover bears, its "KEEP OUT OF CANCELLING MACHINE" handstamp was ignored. Click on image to enlarge. 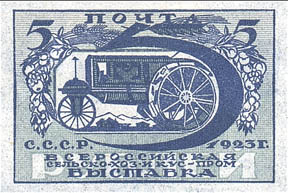 Figure 1. The auxiliary marking on the back of this airmail cover sent in 1950 from Mexico to Miami, Fla., says that it was fumigated for insects prior to delivery. Click on image to enlarge.
Previous
Next

Auxiliary markings are informational or directional postal markings, other than the postmark and cancellation, applied by handstamp to a cover.

The Sept. 22 Refresher Course looked at some interesting auxiliary markings that can add to your enjoyment of postal history.

But like an old-time movie serial, there was just too much excitement to get it all into one chapter, so this installment will examine even more auxiliary markings.

In a simpler age, postal workers and patrons didn't have to worry about bioterrorism in the mail. They did, however, worry about naturally occurring diseases or pests being transmitted in the mail.

In the 19th century, letters coming from a place known for infectious diseases such as cholera and typhoid were taken to places called lazarettos for fumigation. A letter from Africa to Europe might pass through the lazaretto in Malta and receive a "Purafie au Lazarett Malta" marking.

The back side of an airmail cover that was mailed from Mexico to Miami, Fla., in 1950 is shown in Figure 1.

The "FUMIGATED AND RELEASED Entomology and Plant Quarantine U.S. DEPARTMENT OF AGRICULTURE" auxiliary marking shows that it was treated to make sure that it didn't introduce insect pests into the United States.

The range of informational markings found on covers is almost unimaginably broad. "Have Your Letters Directed to Street Number If You Want Them Delivered," "Street No. Wanted" and "Deficiency in Address Supplied by Postmaster AT . . . " all address the problem of incomplete addresses.

The "KEEP OUT OF CANCELLING MACHINE" handstamp on the cover shown in Figure 2 was ignored, judging from the Aug. 11, 1914, Lawrence, Mass., machine cancel it bears.

Sometimes you just can't get there from here. After the fall of France in 1940 during World War II, letters posted to occupied France were returned marked "Returned to Sender Service Suspended" in English and "Postal Relations Severed" in French.

The cover shown in Figure 3, postmarked Baltimore, Md., Nov. 16, 1977, and addressed to Luxembourg, was returned for a far less dramatic reason.

Covers retrieved from crashed airplanes or shipwrecks are much in demand by collectors of postal history.

It displays a boxed handstamp reading "Saved from the wreck of the Colombo."

The ship sank off the Maldive Islands, but the letter was saved. The cover lost its stamp, evidently as result of being submerged in seawater.

Sometimes mailpieces get wet for other reasons besides shipwrecks or plane crashes. A "Postage Paid Water Removed Stamp" handstamp is a pretty straightforward explanation.

In the 19th century, forwarding agents were used to expedite the delivery of mail. Forwarding agents such as Munroe & Co., B.F. Stevens and Bering Bros. applied their private handstamps to mail they handled.

The handstamps often took the form of double-ring ovals, although other types are known.

Forwarding-agent marks are cataloged in The Postal History and Markings of the Forwarding Agents by Kenneth Rowe.

Military and civilian mail during times of war is apt to receive a variety of auxiliary markings.

One of the most common is a censorship marking showing that the contents of the letter have been reviewed and any sensitive information removed.

The cover shown in Figure 7 and postmarked U.S. Postal Agency, Siberia, Nov. 7, 1918, is a war cover from a little remembered episode of American history, the Allied intervention in the Russian civil war.

The letter from a soldier serving with the American Expeditionary Force in Siberia is handstamped "A.E.F. SIBERIA CENSORED Sig."

More somber markings on soldiers' mail can include "PRESENT LOCATION UNKNOWN,"accompanied by the hopeful notation "Hospital?," "Missing" and "Deceased."

The World War I cover shown in Figure 8 was addressed to a soldier in the 26th Division of the A.E.F. It received a "DECEASED — Verified by Statistical Division,H.A.E.F." boxed handstamp.

While it isn't really a post office department auxiliary marking, the handwritten notation alongside the 1851 cover shown in Figure 9 is worthy of mention.

The lady who sent the letter had evidently never used a stamp before and was skeptical of the efficacy of the gum. She wrote, somewhat pessimistically, "Paid, if the thing sticks," alongside the 3¢ George Washington stamp.