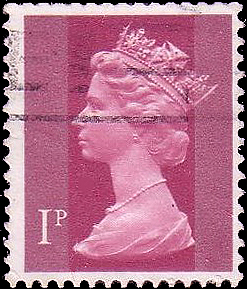 Figure 9. A British 1p magenta Queen Elizabeth II stamp (Scott MH23). It has a phosphor band at each edge. Click on image to enlarge. 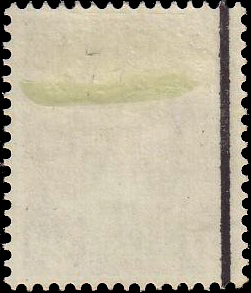 Figure 8. The back of a British 2d red-brown Queen Elizabeth II stamp with one graphite line (Scott 356c). Click on image to enlarge. 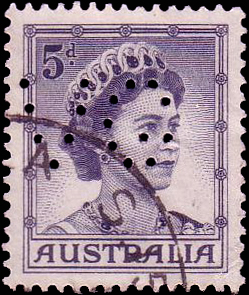 Figure 7. An Australian 5-penny dark blue Queen Elizabeth II stamp (Scott 319) with a "VG" perfin applied by the government of the Australian state of Victoria. Click on image to enlarge. 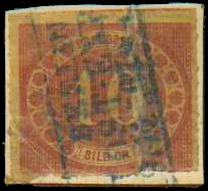 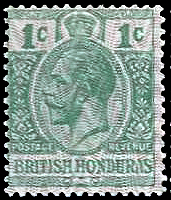 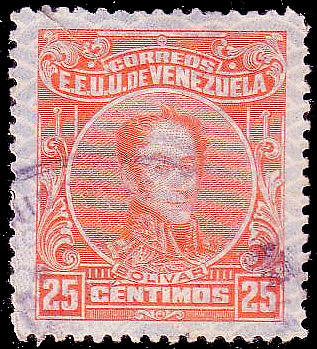 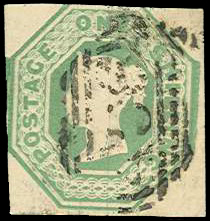 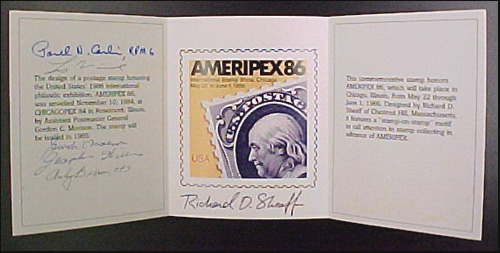 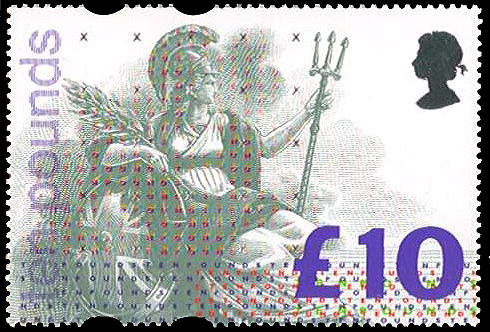 Figure 10. This British £10 Britannia stamp of 1993 (Scott 1478) incorporates the ultimate in security features. Click on image to enlarge. 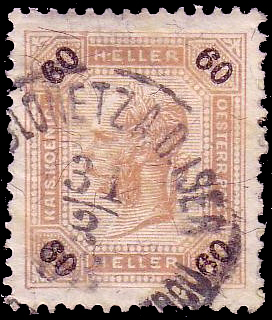 Figure 1. An Austrian 60-heller Emperor Franz Josef stamp with varnish bars (Scott 82a). Click on image to enlarge.
Previous
Next

Since 1840, postal services have looked for new ideas to protect revenue and improve mail handling. A quick flip through a worldwide stamp album will uncover many of these innovations that reflect the technology of the day.

Postage stamps have a cash value that is more than the value of the paper upon which they are printed. That value represents gross revenue paid in for services to be rendered by the post office.

Security began with the British stamps of 1840 and the inks used to cancel them, and postal administrations throughout the world have used a variety of measures to protect their revenue.

Imagine what happens if a dishonest person begins cleaning cancels from used stamps and reusing them on letters after they have already done postal duty. The postal service is cheated out of the revenue it requires to pay the expenses incurred for the service being rendered.

In 1899, Austria began applying diagonal bars of varnish to the face of its stamps to prevent stamps from being reused. The bars are transparent and slightly yellow. They are shiny in comparison with the unvarnished paper. The varnish bars are visible to the unaided eye, but they also react to ultraviolet light.

A used Austrian 60-heller brown Emperor Franz Josef stamp with varnish bars (Scott 82a) is shown in Figure 1. The cancel is much lighter over the varnish bars.

Austria abandoned varnish bars after using them only a few years.

Many familiar characteristics of stamps were implemented as security measures. Watermarks are difficult to fake, so watermarked paper was often used for stamp production. Few modern stamps are printed on watermarked paper, but watermarks still appear in banknotes of many countries. Many watermarks are visible when a stamp is held up to a strong light, but you must use watermark detecting fluid and a tray to see faint watermarks.

Usage of other special papers also helped to foil counterfeiters. Silk paper and granite paper both have random colored fibers throughout, making stamps printed on them more difficult to fake.

Austria made extensive use of granite paper. The threads on some stamps are not easy to see, but the set issued in 1919 showing the Parliament Building has very prominent threads. The 2-krone vermilion and black stamp (Scott 219) in the set is shown in Figure 2.

In 1847, Great Britain issued an imperforate

The stamps were produced in sheets with a long vertical silk thread that ran through each stamp.

Similar British 10-penny and 6d stamps (Scott 6 and 7) were issued in 1848 and 1854, respectively. The three are the only British stamps with the silk threads as a security feature.

For printing stamps, Venezuela and some other countries have used safety paper similar to that used for bank checks.

The security paper has an allover semicircular pattern in blue over which the stamp design was printed. Any attempt to remove a cancel would destroy the pattern in the background.

Moire (mo-RAY) looks similar to the pattern of some security papers, but it is a pattern that is overprinted on a stamp rather than a feature of the stamp paper. The overprint pattern looks like watered (moire) silk.

Some stamps are printed on the reverse of very translucent paper similar to goldbeater's skin. If someone tries to remove the stamp from an envelope and reuse it, the design — and most likely the paper — will disintegrate.

In 1866, the Kingdom of Prussia issued two stamps printed by typography on the reverse of paper resembling goldbeater's skin (Scott 21-22). A Prussian used 10-silbergroschen rose Numeral stamp (21) is shown in Figure 6.

The use of such a security method can be frustrating to collectors. The ScottClassic Specialized Catalogue of Stamps and Covers 1840-1940 notes: "Perfect copies of [Nos.] 21 and 22 are extremely rare. Covers: Values for Nos. 21 – 22 on covers and parcel post receipt cards are for stamps used in 1866-1867. Later items are worth considerably less. Covers bearing stamps in perfect condition are extremely rare and are worth much more than the value stated."

Perfins are stamps that have perforated initials or insignia. Perfins are also a security device. Businesses or government departments use perfins to identify stamps as being for business or official use only. This prevents employees from pilfering stamp stocks for their personal use.

Shown in Figure 7 is an Australian 5-penny dark blue Queen Elizabeth II stamp (Scott 319) with a "VG" perfin applied by the government of the Australian state of Victoria. The "VG" stands for "Victoria government."

In the 1950s, postal administrations began experimenting with ways to mechanize and speed the way letters are sorted and postmarked.

The back of a 2d red-brown Queen Elizabeth II stamp with one graphite line (Scott 356c) is shown in Figure 8.

The 2d stamp has one graphite line, while the remaining four used in the experiment, the ½d, 1d, 2½d and 3d stamps, have two graphite lines.

In 1959, Great Britain began printing phosphor bands on the front of stamps. The bands trigger the sorting machine that used ultraviolet light to detect the phosphor.

Stamps that paid the second-class mail rate have one phosphor band. All other stamps have two phosphor bands. This technology is still being used today.

Unlike the tagging used on United States stamps, many phosphor bands on British stamps are visible without the use of an ultraviolet lamp. The bands have a chalky appearance. If the band or bands are not visible head on, holding the stamps obliquely to a light source will usually show them.

In 1993, Great Britain issued a stamp with the ultimate security features. The £10 Britannia stamp (Scott 1478), shown in Figure 10, incorporates silk paper with threads that glow when exposed to ultraviolet light, as does the cross on Britannia's shield.

"Ten Pounds" and several "X"s on the face of the stamp are printed in tiny letters called microprinting. Microprinting does not photocopy well and is difficult to reproduce.

The £10 Britannia stamp also includes a foil head of the queen, oval security perforations at the top and bottom of the stamp, and the number "10" embossed in braille.