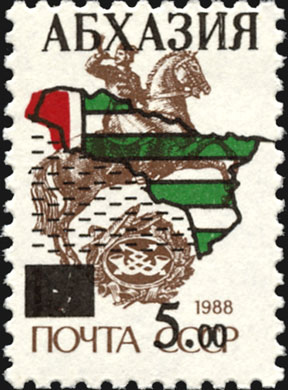 Figure 7. An Abkhazian 5-ruble Map with Flag overprint and surcharge on an old Soviet stamp. Click on image to enlarge. 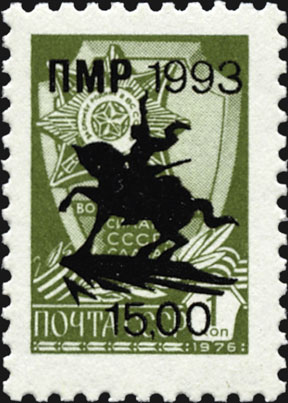 Figure 6. A Transnistrian 15-ruble Equestrian Statue overprint and surcharge on a Soviet stamp. Click on image to enlarge. 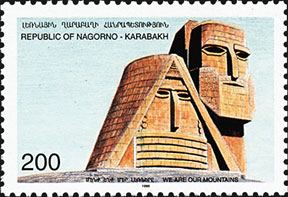 Figure 5. A Nagorno-Karabakh We Are Mountains stamp (Stanley Gibbons 11). Click on image to enlarge. 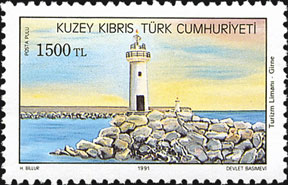 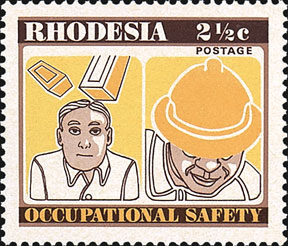 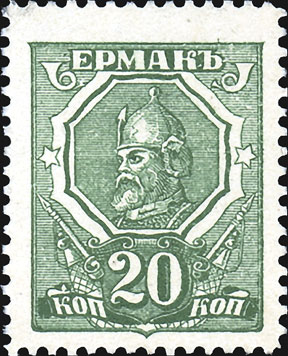 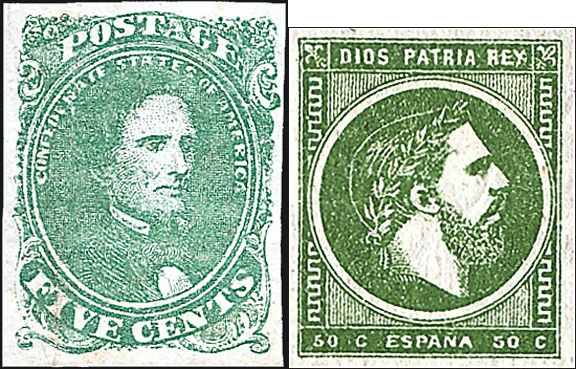 Postage stamps are an expression and embodiment of national identity. One of the first things that a nation does after it becomes independent is to issue postage stamps.

Sometimes independence is disputed by another nation or not recognized by the international community. Stamps issued in such cases are often considered local post stamps because they have little or no validity beyond the area that the government that issued them controls.

Local post stamps can be a problem for collectors, because their postal validity is often in question, and they may not be listed in standard stamp catalogs.

Later in the 20th century, the breakup of colonial empires in Africa led to civil wars and power struggles.

In July 1960, Katanga province seceded from Congo, resulting in a civil war that lasted until September 1963, when the last Katangan troops surrendered.

On Nov. 11, 1965, the white minority government of the British colony of Southern Rhodesia issued a unilateral declaration of independence as the nation of Rhodesia. As a result of international pressure and embargoes, Britain eventually regained control of the colony in December 1979.

The Scott Standard Postage Stamp Catalogue lists the stamps of Katanga and Rhodesia, but not those of Biafra. A Rhodesian 2½¢ Head Injury and Safety Helmet stamp (Scott 358) is shown in Figure 3.

One of the oldest ongoing disputes centers on the Turkish Republic of Northern Cyprus.

Greeks and Turks inhabit the Mediterranean island of Cyprus. In 1974, a Greek Cypriot coup supported by the Greek military attempted to annex Cyprus to Greece. Turkey responded by invading and occupying the part of the island where most of the Turkish population lived. In 1983, the Turkish Republic of Northern Cyprus declared independence. To date, only Turkey recognizes it.

While its stamps are valid only in the area it controls and for postage to Turkey, its stamps are listed in most major catalogs, including the Scott standard catalog. A 1,500-lira Lighthouse stamp issued in 1991 is shown in Figure 4.

In 1978, the East African nation of Somalia collapsed into anarchy. No central authority has been able to assert control over the country ever since.

Spain withdrew from its colony Western Sahara in 1975. By secret agreement, Morocco was to annex the northern two-thirds of the country, while Mauritania was to annex the southern third. As the Spanish withdrew, most of the native population, called Saharawis, fled into refugee camps in Algeria.

The Polisario Front operates as a government in exile in the Saharawi refugee camps. Western Sahara's local stamps are produced primarily for sale to stamp collectors.

Nagorno-Karabakh (Mountainous Karabakh), is a region inhabited by Armenians that was assigned by the Soviet Union to Azerbaijan.

Warfare over the region broke out with the collapse of the Soviet Union in December 1991.

Nagorno-Karabakh, supported by Armenia, won the war, and a cease-fire was signed on May 12, 1994. Although not internationally recognized, the Armenians have been in de facto control ever since.

Nagorno-Karabakh local stamps are listed in the Stanley Gibbons Stamp Catalogue, Part 10, Russia. A 200-dram We Are Mountains stamp (Stanley Gibbons 11) is shown in Figure 5.

The Russian Federation supports separatist movements in the former Soviet republics of Moldova and Georgia. The Transnistrian Moldavian Republic (Pridnestrovskaia Moldavskaia Respublica or PMR) lies along the eastern bank of the Dniester River in Moldova. The population of Transnistria is a mix of Russian, Ukrainian and Moldovan. Shortly after Moldovan independence in 1991, Russian nationalists seized control of Transnistria and proclaimed independence. A Russian army occupies Transnistria, which exists with tacit Russian support.

On Sept. 19, 2006, Transnistrians voted in a referendum to seek union with Russia. Transnistrian Foreign Minister Valery Litskai announced through Russia's Interfax news agency, "Transnistria's integration into Russia will proceed in several phases, and it may take five to seven years."

A Transnistrian 15-ruble Equestrian Statue overprint and surcharge on an old Soviet stamp is shown in Figure 6. Western visitors have confirmed that Transnistria operates a postal service within its borders using its local post stamps. Mail destined for foreign countries is franked with Russian stamps.

As Georgia left the Soviet Union, Abkhazia, an autonomous region within Georgia, declared its independence. War, which broke out in August 1992, ended in victory for the Abkhazians with Russian support in 1994.

In August 2008, fighting broke out again, this time with direct Russian military intervention in both Abkhazia and South Ossetia, another breakaway region of Georgia.

An Abkhazian 5-ruble Map with Flag overprint and surcharge on an old Soviet stamp is shown in Figure 7. Only Russia and Nicaragua recognize Abkhazia's independence.