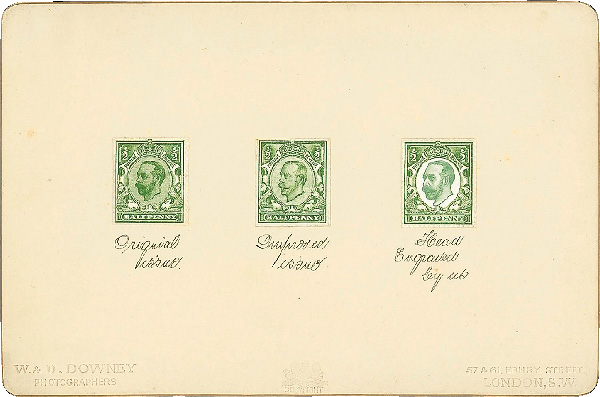 Figure 9. A card prepared by W.&D. Downey showing the evolution of the firm’s design for the much-maligned King George V stamp brought 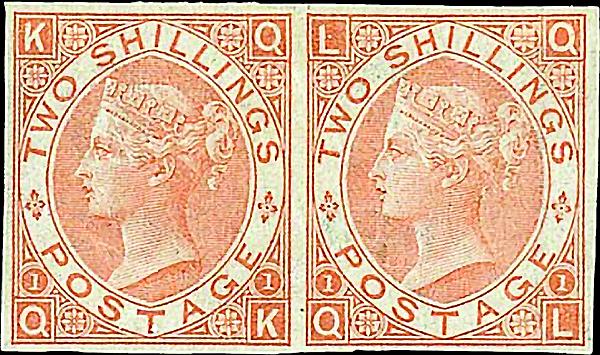 Figure 8. An unused imperforate pair of a scarce British issue, the 1880 2-shilling pale brown Queen Victoria. This pair brought $37,200 at the 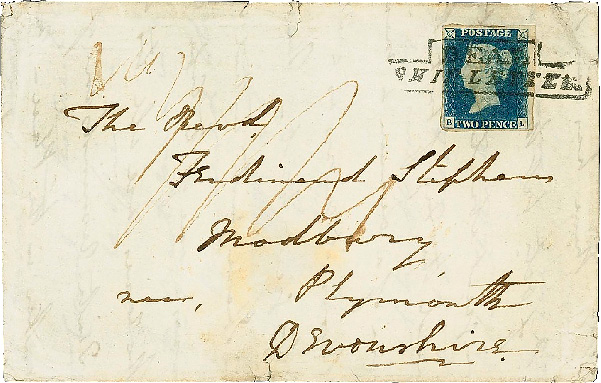 Figure 7. The top-seller at Spink’s December sale of British stamps and postal history in London was this famous Deal Ship Letter cover with the cancel unique on this issue. The winning bid was $31,300. 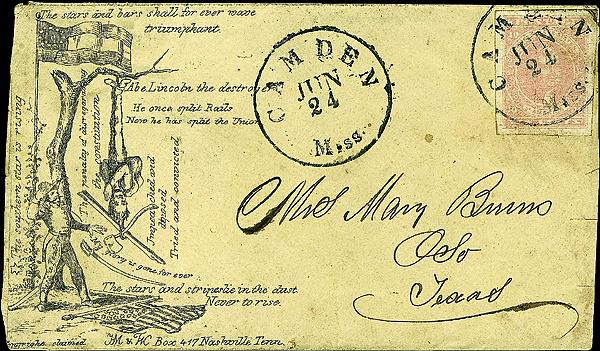 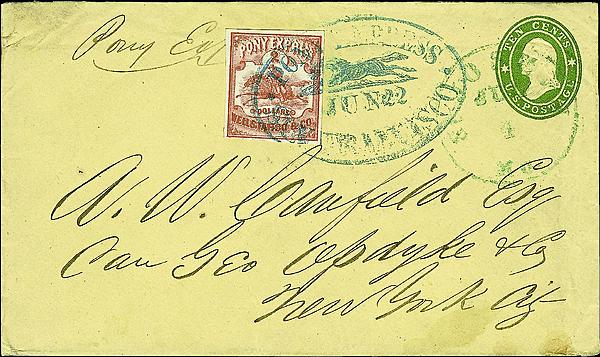 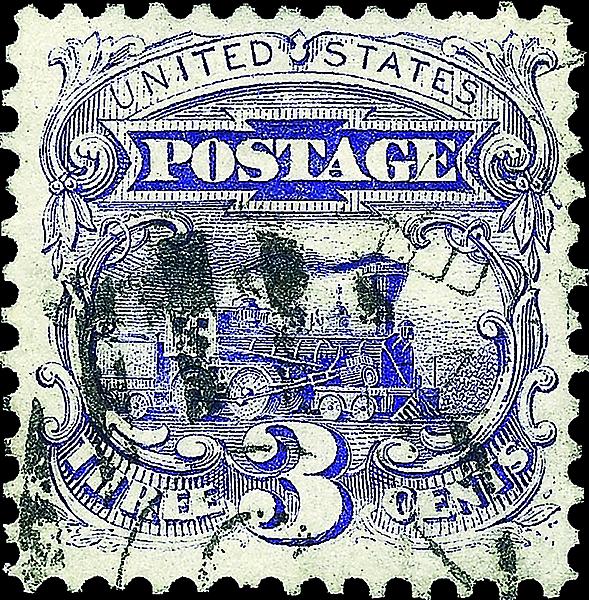 Figure 4. Two reissues sold during the Siegel sale: the 90¢ Washington from the 1861 issue at left, and the 3¢ Locomotive from the 1869 issue at right. 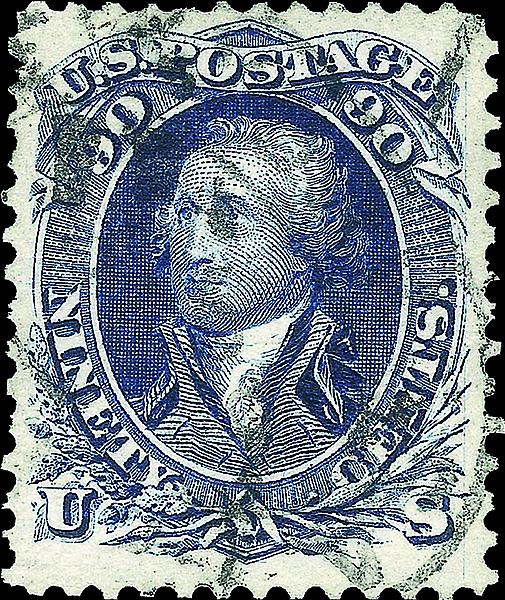 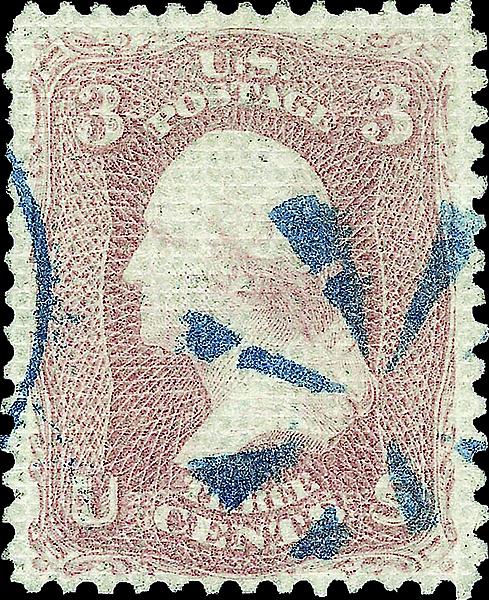 Figure 3. With all of its perforations intact, this used 3¢ A-grilled George Washington stamp of the 1861-66 issue sold for $54,625 at the recent Robert A. Siegel auction of the Golden Oak collection. 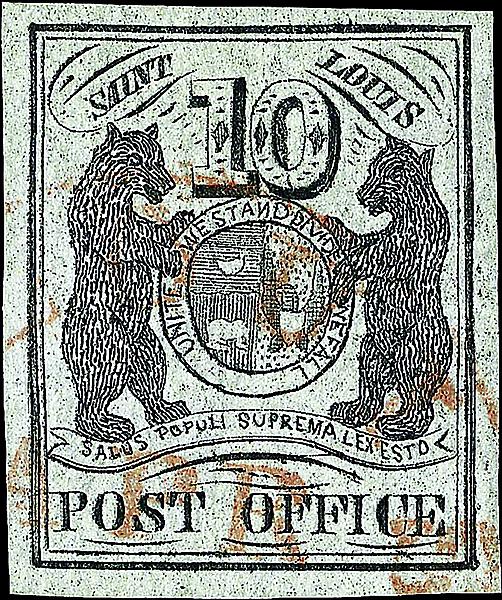 Figure 2. “Easily one of the finest” of the four or five similar surviving examples of a 20¢ St. Louis Bear postmaster’s provisional was hammered down for $97,750 at December’s Siegel auction (left). The sale also included 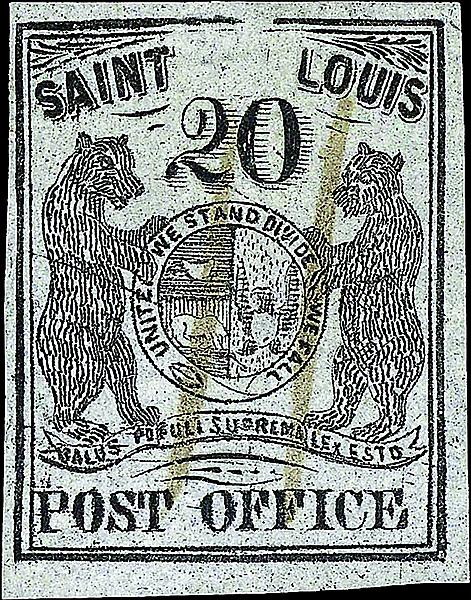 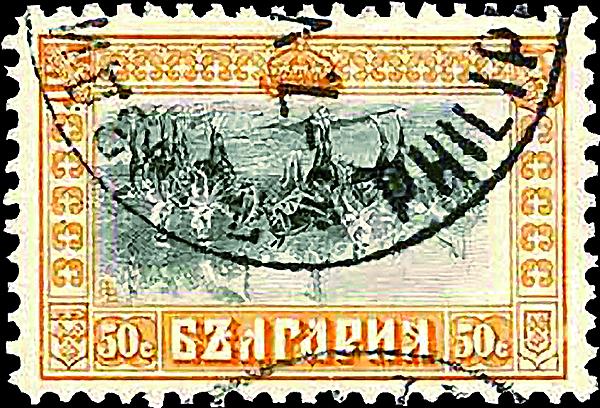 Figure 10. Harmer’s November auction included this major Bulgarian invert from 1911. It brought more than twice its catalog value, selling for $6,785. 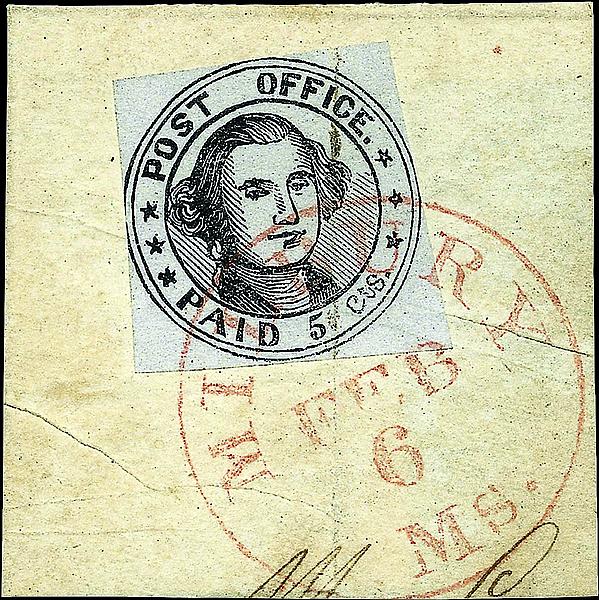 Figure 1. One of only 18 known, this 1846 Millbury, Mass., George Washington postmaster’s provisional brought $43,125 at a Robert A. Siegel auction in December.

As 2013 came to an end, there was ample evidence of vigor in some sectors of the stamp market. Extending the sales trend of recent years, top-notch, attractive items with an interesting story to tell continued to do well, while more routine items remained weaker.

Put together over many years by an anonymous collector with an eye for what the legendary stamp dealer and author Stanley B. Ashbrook (1882–1958) termed philately’s “four Cs” (color, clarity of impression, centering and cancellation), many of the stamps in the Golden Oak sale stood out as the finest known examples of their kind, and brought prices to match.

The St. Louis, Mo., postmaster issued provisional stamps in 1845-46 showing a pair of bears holding up the city arms, in three denominations on various papers. Several attractive examples were in the Siegel sale.

A 20¢ on gray lilac (Scott 11X6, Figure 2 left) with a light pen cancel, described as “easily one of the finest” of just four or five sound, four-margined examples surviving, sold for $97,750.

St. Louis Bears are typically found pen canceled, which is how the Scott Specialized Catalogue of United States Stamps and Covers values them. Stamps with postmarks often sell for more.

A superb 10¢ on gray lilac paper (Scott 11X5, Figure 2 right), canceled only by a red St. Louis date stamp and described as “the finest example in existence,” brought $63,250, several times its catalog value.

Among U.S. stamps in the Siegel sale, a 3¢ rose stamp of the 1861-66 issue, with an all-over A grill impressed in the paper to prevent reuse (Scott 79), reached an extremely strong price.

The A grill stamps are of notoriously poor quality, usually found with pulled or torn perforations as a result of the grill weakening the paper.

Indeed, the Scott U.S. specialized catalog value of $1,500 for Scott 79 is for an example with perforation faults.

The example in the Golden Oak sale, described as “without question the finest used example...a phenomenal stamp in every respect,” had all perforations intact and excelled in all of Ashbrook’s four Cs. Pictured in Figure 3, it sold for $54,625.

Although 10,000 copies were printed for the Centennial Exposition in Philadelphia in 1876, only a few hundred sold, and just a handful were used on mail. The rest were destroyed.

Reissues are distinguished from the original stamps by their crisp impressions on hard, white paper.

On the downside of the market this year, Siegel’s Trepel said that he saw weakness in “standard U.S. rarities in very fine or better condition,” citing specifically the 1851 1¢ type I (Scott 5), the Bank Note Special Printings, the 1917 5¢ carmine imperforate error of color (Scott 485) and the 1923 2¢ Harding rotary press printing, perforated 11 (Scott 613), all of which drew less-than-stellar realizations in the Golden Oak and other recent sales.

“This would change dramatically with an increase in demand, because the stamps are so rare,” he concluded.

This stamp was the first adhesive postage stamp of any kind issued in the Western Hemisphere, five years before the first U.S. post office issue.

One of five known sheets, the example in the Siegel sale has resided in many famous-name collections of the past.

As a philatelic item, it is of special interest because the same plate that printed it was later modified and reused for further issues over a period of several years, including a 2¢ stamp and then a stamp bearing the initials “CC” for the courier’s subsequent owner, Charles Cole. The sheet sold for $37,375.

A cover carried by Pony Express from San Francisco to St. Joseph, Mo., in the summer of 1861, during the second phase of service, bearing the short-lived $2 red Wells Fargo Pony Express stamp (Scott 143L1, Figure 5) affixed to a 10¢ stamped envelope, sold for $48,875.

An 1862 Confederate cover (Figure 6) with an infamous patriotic political cartoon depicting Abraham Lincoln hanging upside down from a tree limb, one of just a dozen known, was offered at auction for the first time since its discovery.

In London, Spink held a year-end sale of British stamps and postal history on Dec. 12. The top seller was a well-known cover (Figure 7) sent from Madeira franked with a 2-penny Queen Victoria (Scott 2), canceled by a boxed “Deal Ship Letter” postmark.

This scarce marking, from the port town of Deal just north of Dover on the Kent coast, was meant to be applied as an endorsement, not a canceler; its use to obliterate a “Twopenny Blue” is unique. It sold for the equivalent of $31,300 (all Spink lots include 20 percent buyer’s premium).

The 2-shilling pale brown stamp of 1880 (Scott 56) is one of the scarcest British regular issues, existing in smaller quantities than even the famous £5 orange stamp of 1882. The imperforate version (56a) is scarcer still.

An unused pair with original gum, one of just three in private hands, brought $37,200 (Figure 8).

The first definitive stamps of King George V, issued in 1911, were based on a three-quarter profile photograph by the firm of W.&D. Downey. The design represented a departure from tradition not only because it was based on a photograph instead of a sculpture, but also because the king was not shown in classic profile.

The designs were roundly mocked by the public and even design experts acknowledged their inferiority.

A card from Downey (Figure 9), illustrating the photographers’ valiant attempt to salvage their design, bears three versions of the ½p stamp: the unpopular original design, the reissued version correcting the worst design weaknesses, and a third paste-up essay annotated “Engraved by us,” with a new, more sculptural-looking head.

The card, which is mentioned in the Stanley Gibbons Specialized Stamp Catalogue, was to no avail; a new design with a bas-relief coinage-type profile replaced the “Downey Head” within a short period. The card sold for $9,400.

Britain briefly produced overprints on its definitive stamps for several government offices, but stopped when it came to light that some civil servants were reselling the stamps to philatelists for personal profit.

In Orange County, Calif., H.R. Harmer held a sale on Nov. 14-16 of U.S. and worldwide stamps and postal history that featured some rare Hawaiian covers from the late 19th century.

Among the foreign stamps in the Harmer sale was a Bulgarian inverted-center error of the 50-stotinki Tsar and Princes stamp from the 1911 pictorial issue (Scott 97a, Figure 10).

Compared to the prices that U.S. errors like the famous Inverted Jenny airmail can bring, the prices paid for comparably scarce inverts from less popularly collected countries offer a bit of a reality check.

The Bulgarian error, whose black vignette of a group of men on horseback is upside-down in relation to its ornate ocher-colored frame, exists in only about 30 examples, all used with postmarks from the same town, Philippopolis (Plovdiv).

The fresh and well-centered example in the Harmer’s sale sold for $6,785, more than double its value in the Scott Classic Specialized Catalog of Stamps and Covers 1840-1940, though still far less than an Inverted Jenny.