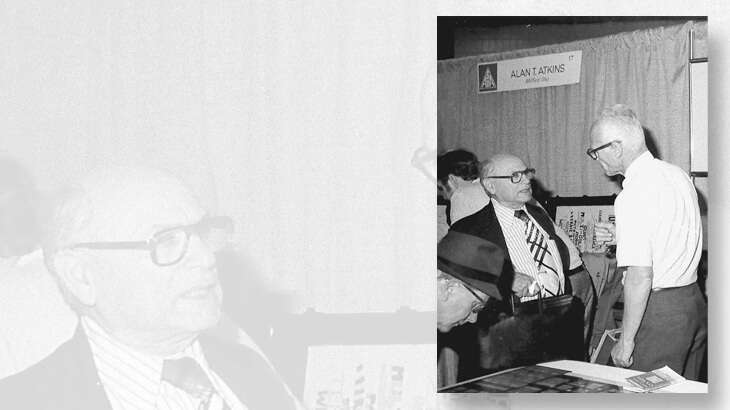 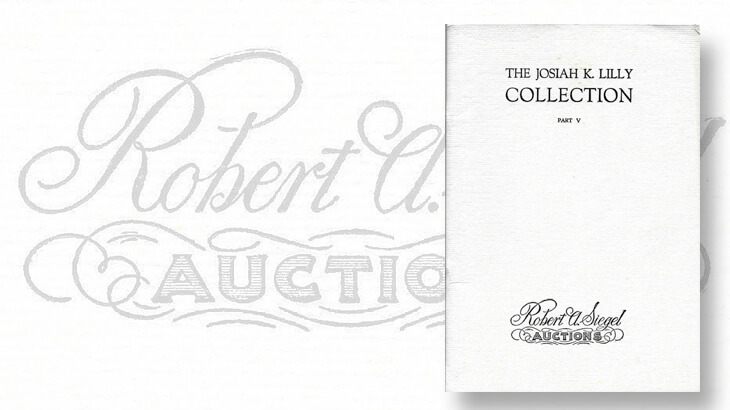 The catalog cover for the Sept. 13-14, 1967, Robert A. Siegel Auctions sale, part 5, of the Josiah K. Lilly collection of the complete proof sheets on both card and India paper from the collection of Congressman Ernest R. Ackerman. 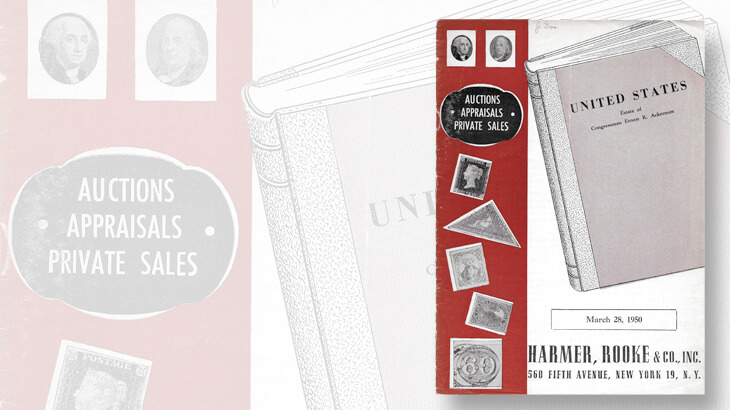 This month’s column is a departure because I want to share with you the story of two very special people who influenced my life in such a way that I followed them into the stamp business.

How people matriculate into this business has always intrigued me. Rarely does one come out of high school or college and say, “Well, tomorrow I am going to be a professional philatelist.”

My journey into philately started on Christmas Day in 1955, when I received a Minkus My First Stamp Album under the Christmas tree.

When I turned 12 in 1960, I started attending meetings of the Beverly Hills Philatelic Society on Friday nights at the Ridge Park Field House on the southwest side of Chicago. There I started trading and buying and selling stamps.

The passion grew even in high school, but the collection went into hibernation when I was in college.

When I finally graduated in 1971 and came back to Chicago, I dusted off my album and picked up where I had left off.

During a visit to the office of Fred Israel, up on the Northside, on Fullerton Avenue, to pick up approval pages for my uncle, a bourse dealer in Racine, Wis., Fred asked if I would like to see his stock of United States. He had sheets of regular and commemorative issues from the 1920s and 1930s.

Fred asked if I would like to act as his wholesale agent. That was it: I was hooked.

Every Friday night after work I would pick up material from Fred and spend Saturday crisscrossing Chicago, visiting dealers and helping them fill out their stocks.

While I enjoyed working with 20th-century United States material, my passion had turned to collecting the 1861 issue.

I realized early on that at my age I didn’t have the resources to compete for the material of my dreams. It was at that point in time I responded to a classified ad in Linn’s Weekly Stamp News for essays and proofs. The dealer’s name was Falk Finkelburg in Coram, N.Y.

In 1972, most essays and proofs were relatively cheap when compared with the corresponding stamps. The essays were far more interesting than the stamps, and the colors on the proofs blew away the colors on the issued stamps.

I still have a carbon copy of that first letter to Falk, and it still resides in the back of a file several inches thick that contains more than 20 years of our correspondence.

Over the years he graciously answered each and every question that I posed to him. He became my teacher and mentor. He was the source for all original research that had been done in the area of essays and proofs.

Back then one would have had to hunt through long forgotten back issues of the American Philatelist, Stamps Magazine, The Essay Proof Journal, and various other publications to find articles and information. The Scott catalog contained nothing on essays.

As the years passed, technology evolved, and my philatelic library and clipping files grew. I was able to develop a significant pool of knowledge on my own. What started out as a short letter of inquiry has today turned into my life’s work.

Falk died about a year before I went full time with my business. However, he had known for some time the direction that I was headed, and he prepared me well.

A few days before the sale of his collection of essay and proof material in September 1999, I was honored to meet with his daughter and son-in-law in New York to appraise all of the working notes and research files that he had amassed over the years.

I was also able to acquire all of this material, which included all of the research material that had been developed by his mentor, the late Dr. Clarence Brazer. Today those materials have been organized and repose in a large filing cabinet in my office.

Lightning struck a second time in my life in November 1977 at Chicagopex. While passing through the aisles, I came across a dealer who had proofs under the glass on his table. His name was Richard Taylor, a dealer from Mansfield, Ohio. He had a booth at the show along with his son Mark.

This was the first time that I ever encountered proofs at a show. I remember spending more than an hour with him while poring over a stockbook filled with sets and singles before making a purchase.

This was the beginning of a friendship that has transcended almost 40 years. Dick became my second mentor. It was from him that I learned the story of the Earl of Crawford card and India proof sheets.

The Kleeman brothers of the Nassau Stamp Co. purchased the collection of the late Earl of Crawford from the earl’s estate in England in 1916 and brought it back to the United States. They eventually placed the sheets with Congressman Ernest R. Ackerman of New Jersey.

At the time of his death, Ackerman’s collection was bequeathed to the Smithsonian. However, for some unknown reason, the sheets wound up in two separate Harmer, Rooke & Co., Inc., sales in March 1950 and June 1951.

All of the complete sets of sheets were purchased by the Weill brothers of New Orleans, who in turn sold them to Josiah K. Lilly, the pharmaceutical magnate in Indianapolis, Ind.

They next turned up in Robert A. Siegel’s sale of the Lilly collection, part five, sold on Sept. 13 and 14, 1967. They were purchased by Bob Siegel and Richard Taylor and split right down the middle.

Siegel’s half would up on the West Coast with Stephen D. Bechtel Sr. Dick gradually cut up most of his sheets and offered sets, blocks, and plate blocks during the next 50 years.

Dick single-handedly moved proof collecting to the mainstream of philately with his half of the sheets. Over the years he has provided collectors with pristine examples of both card and India paper plate proofs of every issue from 1847 through the Columbian issue.

The knowledge and advice that he has shared with me over the years has been priceless and helped guide me to the path I have followed as a fulltime professional philatelist since May 1990.

As a side bar, Dick celebrated his 100th birthday in June. He is just as vibrant, humble, hardworking, and friendly as when I first met him in 1977.

My October column will return to being on message, with a look at how you can form a collection of essays and/or proofs on a modest budget. You don’t have to spend many thousands of dollars to build a significant collection, and you can still enjoy the journey.

A look back at the W. Curtis Livingston collection