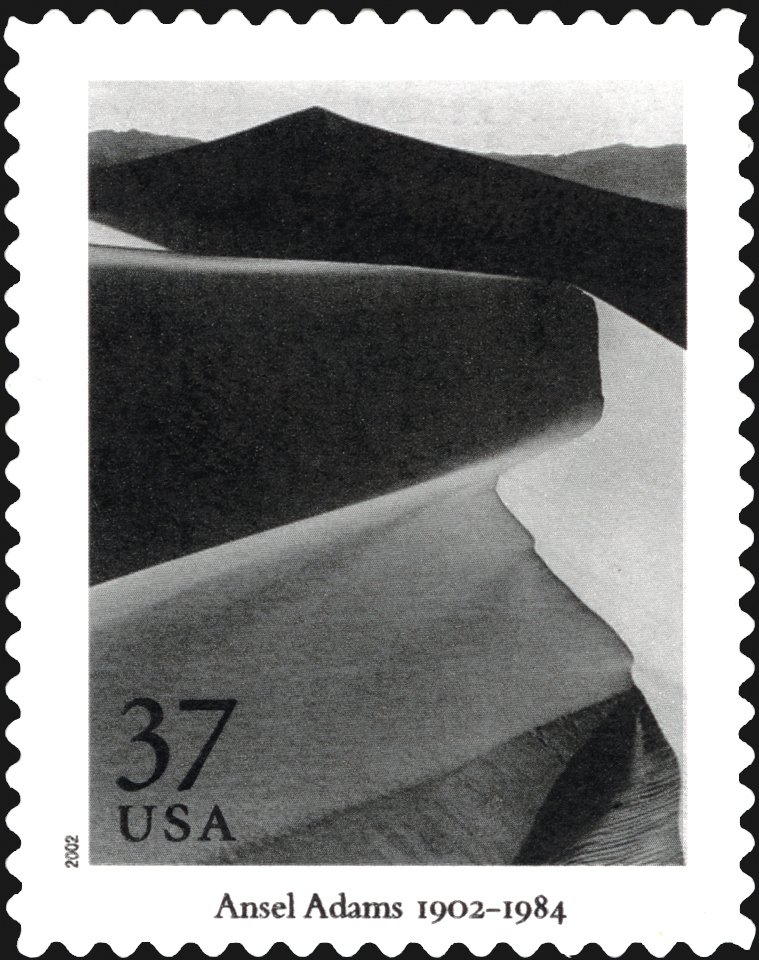 He was a regular visitor to the city's Panama-Pacific International Exposition, which opened on his 13th birthday for a nearly 10-month run, and he first saw Yosemite during his early teens. His parents bought him a Kodak No. 1 Box Brownie camera, and despite an ambition to become a concert pianist, it was photography that would become his passion and his career.

Adams was not exclusively a nature photographer, but his powerful black-and-white images of Yosemite and other breathtaking scenes of the American West brought him respect and fame, while the financial opportunities of commercial photography helped to support him.

The 37¢ stamp honoring Adams, issued in 2002 as part of a set of 20 titled Masters of American Photography (Scott 3649p), features his 1948 photograph "Sand Dunes, Sunrise," showing the contrasts of the windswept desert landscape in Death Valley.

Adams had a lifelong association with the Sierra Club, which had published some of his earliest photographs, and he stood as a steadfast advocate for wilderness protection and environmental conservation.

Before presenting Adams with the presidential medal of freedom in 1980, President Jimmy Carter read aloud the citation, which began, "At one with the power of the American landscape, and renowned for the patient skill and timeless beauty of his work, photographer Ansel Adams has been a visionary in his efforts to preserve this country's wild and scenic areas, both on film and on Earth."