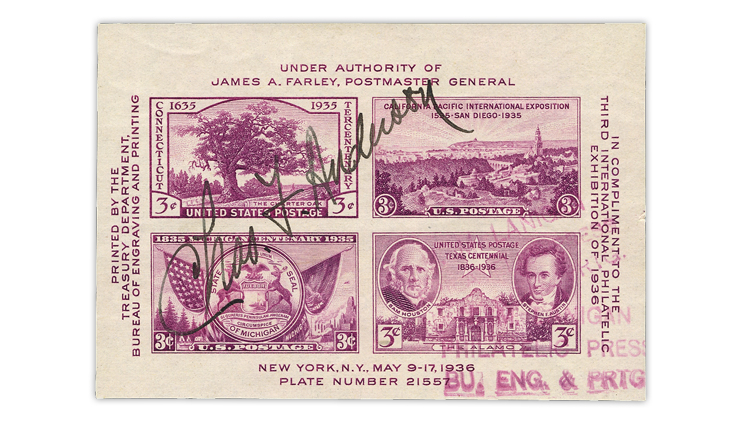 Figure 1. Who was Charles F. Anderson, and why did he sign this Tipex souvenir sheet? That mystery has been solved by polar philately expert Hal Vogel. But another mystery remains: What was the purpose of the Bureau of Engraving and Printing handstamp in 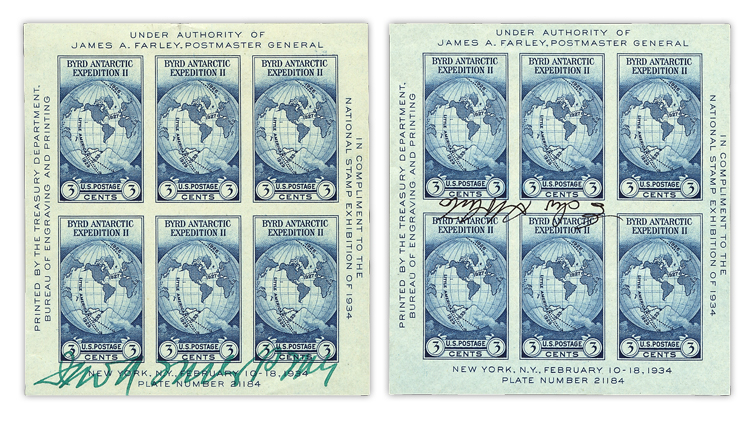 Figure 2. At left is a 1934 Byrd Antarctic souvenir sheet signed by James A. Farley, then the postmaster general. On the right is a sheet autographed by someone with the given name of Edward, but whose last name in the signature is nearly undecipherable. 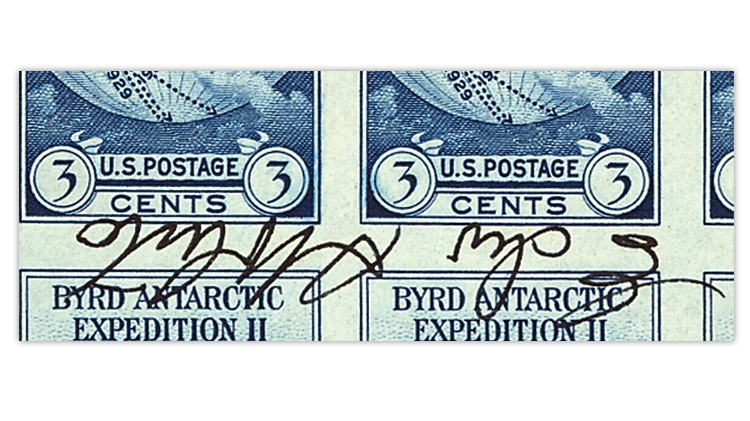 Figure 3. A close-up of the undecipherable signature on the 1934 Byrd Antarctic souvenir sheet shown on the right in Figure 2.
Previous
Next

When I am shopping for stamps and covers, I will pick up anything that looks like it might have a story behind it, and the Chas. F. Anderson autograph on the Tipex souvenir sheet (Scott 778) in Figure 1 fits the bill. It was certainly worth the $5 asking price.

As the inscription on the right side of the souvenir sheet explains, it was issued “in compliment to the Third International Philatelic Exhibition of 1936” (Tipex), held in New York City May 9-17 of that year.

In addition to the autograph, the sheet has a purple handstamp of which two of the three lines are readable: “Philatelic Press/Bu. Eng. & Prtg.” The meaning of its presence is unclear.

I thought I would have better luck discovering who “Chas. F. Anderson” was. I thought that perhaps he was a designer or engraver, but he is not listed as such in the literature I have.

A Google search revealed that he had been a mail clerk in Antarctica, but nothing else about him. So, on a hunch, I reached out to Hal Vogel, the reigning authority on all things Arctic and Antarctic. Vogel did not disappoint. Here is what he had to say:

“He was ordered south to Little America II during the second and final season of the Second Byrd Antarctic Expedition (1933-35) to take charge and correct servicing problems and mishaps associated with cancelling the mound of philatelic mail sent to its officially established post office. He worked tirelessly and expertly to finish servicing thousands of pieces of mail prior to departure and return of the expedition to the USA in January-February, 1935.

“My guess is that Anderson (who lived in Washington, DC) was at TIPEX servicing mail, when he was asked by an attendee to autograph this sheet.”

So that mystery is solved, but the BEP handstamp remains a question mark.

Help needed with another autograph mystery

The autograph in green on the bottom of the sheet on the left is easily identifiable as that of James A. Farley, who served as postmaster general from 1933-40.

The signature on the sheet on the right is not so easily deciphered. The first name is “Edw.” But the last name, purely a guess, seems to be “Sioluto” or maybe “Slobuto.” A close-up of this autograph is shown in Figure 3.

Since the two souvenir sheets came from the same collection, I assume that they both have philatelic merit. With that in mind, I set about the task of finding out who “Edw” might be. As before, I thought he could perhaps be a designer or engraver.

I quickly discovered, however, that Victor S. McCloskey Jr., was the designer, and that there were three engravers. The vignette engraver was J.C. Benzing, and W.B. Wells and F. La Masure did the lettering. Obviously none of those people were named Edward.

Other philatelic references in my library were also consulted with nothing to show for it. Since Vogel is an expert in polar philately, I asked if he could help, but he also drew a blank.