What exactly are Christmas seals? 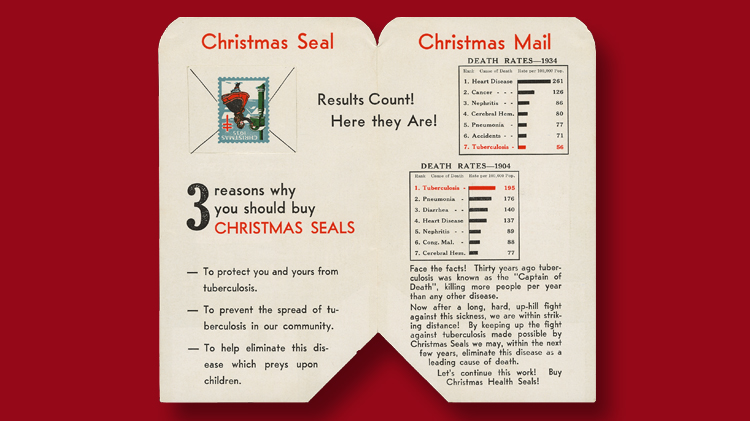 When opened up, the mailbox-shaped flyer proves the worth of Christmas seals by highlighting the declining death rate from tuberculosis. 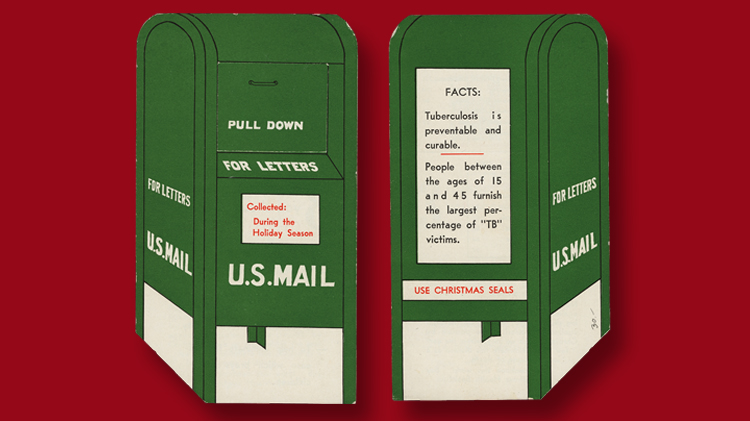 This clever flyer in the shape of a United States public mailbox opens up as shown nearby to present the case for contributing to the 1935 Christmas seal campaign.
Previous
Next

Christmas seals, issued in the United States since 1907, are not postage stamps, yet they mimic them in how they are created, printed and used on envelopes that go through the mail.

They also have an added dimension: the materials designed and distributed to encourage those who use Christmas seals to contribute to the fight against tuberculosis and other lung diseases.

An example is the 1935 flyer shaped like a U.S. public mailbox. The text on the inside makes a compelling case for using Christmas seals — especially the 1935 seal, which along with the 1934 seal are the years I collect in depth.

The text notes that “By keeping up the fight against tuberculosis made possible by Christmas Seals we may, within the next few years, eliminate this disease as a leading cause of death.”