Collect current postmarks at home or on the go 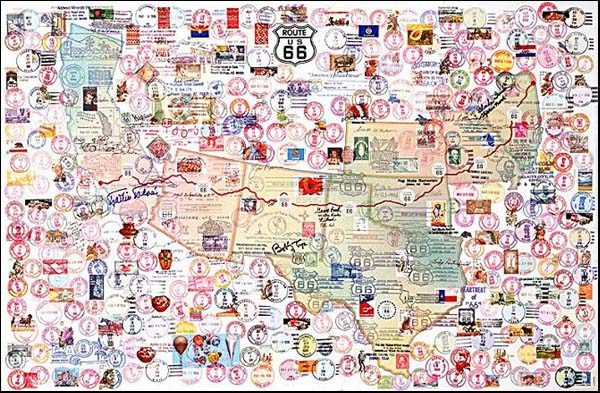 Turmel's even more ambitious Route 66 project took more than 28,000 miles to collect more than 250 postmarks, plus autographs from people associated with the highway. 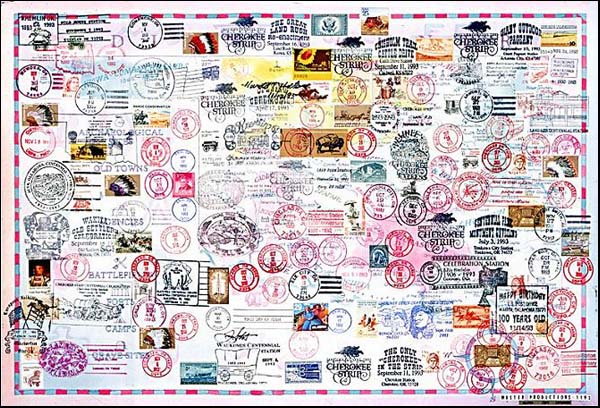 This ambitious postmark project was inspired by the anniversary of the Oklahoma Land Run in 1893 and the stamp issued to commemorate the event. Its creator traveled more than 5,000 miles to collect postmarks from post offices within the land-run region. 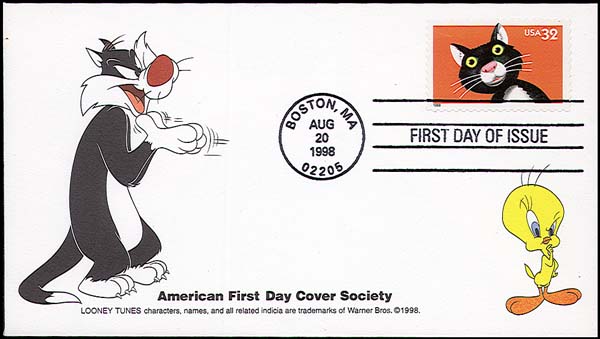 This first-day cover was produced by the American First Day Cover Society. The postmark is the typical style of most modern United States first-day cancels.
Previous
Next

In the world of stamp collecting, a wide variety of opinions exists concerning the collecting of postmarks.

Even collectors of used stamps concern themselves more with the stamp than the cancel. A light, unobtrusive cancel is almost always preferred over one that is heavier and more pronounced.The current trend of collecting mint stamps renders the postmark an object of scorn.

Among postal history collectors, the postmark is a clue to the story behind a cover.

In general, old postmarks might have some value, but new postmarks are viewed mostly as a nuisance.

A small specialty area today, but one that seems to be growing, is the collecting of current postmarks. There are several different ways to focus such a collection.

Almost certainly the most popular type of current postmark collecting in the United States is first-day covers.

FDCs are franked with a stamp that is canceled with a mark dated with the stamp's issue date, usually also indicating the city of issue.

First-day postmarks are usually available for 30 days after the date of issue. Collectors may send their own covers to the appropriate post office for cancellation service.

The cover shown in Figure 1 was produced by the

Pictorial postmark collecting appears to be growing in popularity.

Pictorial postmarks are created to celebrate or commemorate an event. The type of event can be anything from a stamp show to a town festival to the anniversary of a military battle. The postmark shown in Figure 2 was offered by the Pawtucket, R.I., post office to commemorate the Battle of Binh Gia that took place Jan. 2, 1965, during the Vietnam War. It notes that five Americans were killed and three were missing as a result of the battle.

Pictorial postmarks also are usually available for 30 days beyond the date shown in the postmark. They usually can be obtained by mail.

As far as I know, there is no society that specializes solely in pictorial-postmark collecting, but I think it is an idea whose time has come.

Ordinary current postmarks are usually overlooked by collectors, but there are many ways to make these the focus of a collection.

Current postmarks can be collected on incoming mail, by sending away for postmarks or by visiting the post offices and postal stations themselves.

One way to obtain current postmarks is to send a properly franked cover to a post office and request that a cancel be applied. This is probably the most common method used when seeking a particular post office cancel.

Collectors might send a cover franked with a Teddy Bear stamp to Bear, Del., for a postmark or one franked with the Ogden Nash stamp to Nash, Okla., or Ogden, Utah, for cancellation service.

All the methods for collecting current postmarks mentioned so far in this column have had something in common — they can all be done from the comfort of your own home.

Collecting postmarks on the road can be even more fun and rewarding. First-day postmarks can be actively pursued by personally attending a stamp's first-day ceremony.

A road trip in a recreational vehicle can be remembered with a stop at each post office along the way.

A separate cover can be prepared for each stop, or a single document can be franked and canceled along the way.

Such collectibles make wonderful souvenirs of a family trip. This is a good activity for children.

The more adventurous collectors can set out on a postmark quest.

Here's a brief story of a postmark collector who prefers to take an active role in his collection:

Former U.S. Postal Service employee Ken Turmel of Oklahoma began his postmark quest with a dream he had in 1993.

In the creation of his project, pictured in Figure 3, he traveled more than 5,000 miles. Today's youth might call his methods "extreme postmarking."

Turmel's most extensive postmark project to date resulted in a 2-foot-by-3-foot print showing Route 66 with more than 250 postmarks (and stamps) from every post office along the route.

The result of his effort is shown in Figure 4.

He first set out to obtain the pictorial postmarks that were offered for the 70th anniversary of Route 66. He then obtained ordinary hand cancels from the remaining post offices. He logged 28,600 miles of travel in two years to visit all of the post offices in person and create an original work of art.

Turmel said that the art was of historical significance because some of the post offices have since closed.

One of the postmarks on his Route 66 project happened by chance to be the last day of service for a post office — Dec. 29, 1995, in Cadiz, Calif.

He included in his project the autographs of postmasters and various people associated with the legend of Route 66.

He even traveled on horseback to the bottom of the Grand Canyon for a postmark.

Turmel said that his favorite part of creating his postmark art is that he is also collecting stories and local history.

"The future is all we have in keeping the past alive," Turmel said of his motivation for his collecting pursuits.

His latest projects revolve around the California Gold Rush of 1849, and New Mexico and Arizona, which he calls the "final frontier of America."

Your own extreme postmarking projects need not be quite so ambitious, but perhaps this adventurous postmark collector can inspire you to try a different style of collecting.

The point is that collecting current postmarks does not have to be a sedentary pastime. Postmarks should also not be overlooked as a worthwhile collecting pursuit.

Current postmarks are the documentation of history in the making.

Some are renamed to reflect a new area served.

Current postmarks offer some opportunities that historical postmarks do not.

With current postmarks, a collector can document the events of his own life.

One collector created special covers each time his wife was expecting a child, and he had them postmarked on the day of each child's birth.

Another sent love poems and cards off to towns with romantic-sounding names and had them postmarked on his wedding day. He asked that they be returned through the mail, and the thoughtful gifts began to trickle into the couple's mailbox a few days later. Each cover was saved in his collection as a reminder of their special day.