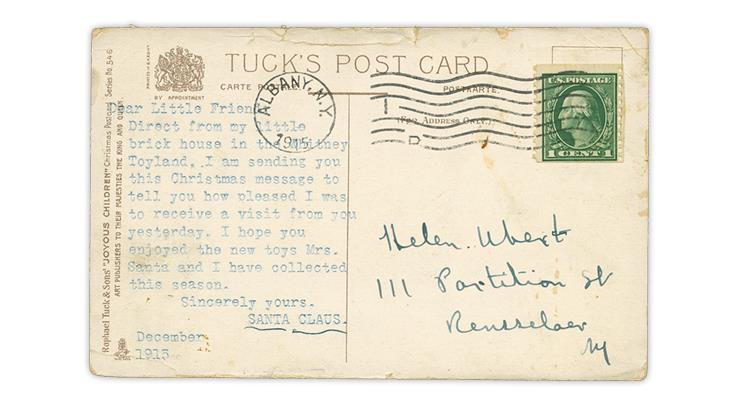 Figure 1. Apparently Santa Claus can type. This message, dated December 1915, was sent to a youngster he had just met at Toyland in Albany, N.Y. It is the earliest card or letter from Santa in the author’s collection. Can a Linn’s reader come up with an e 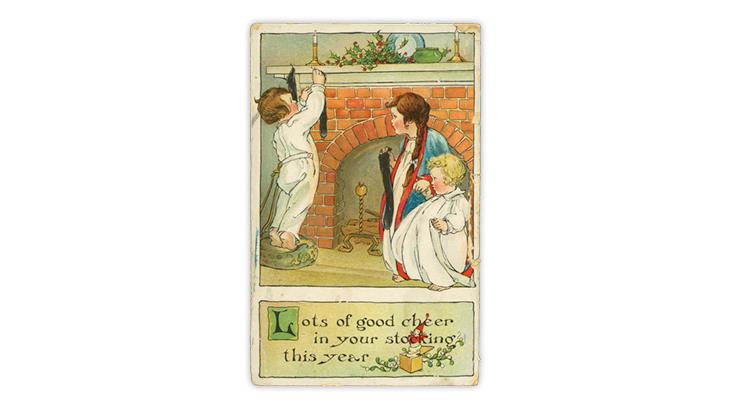 Figure 2. The front of the Tuck’s postcard shown in Figure 1 depicts children hanging up their stockings. 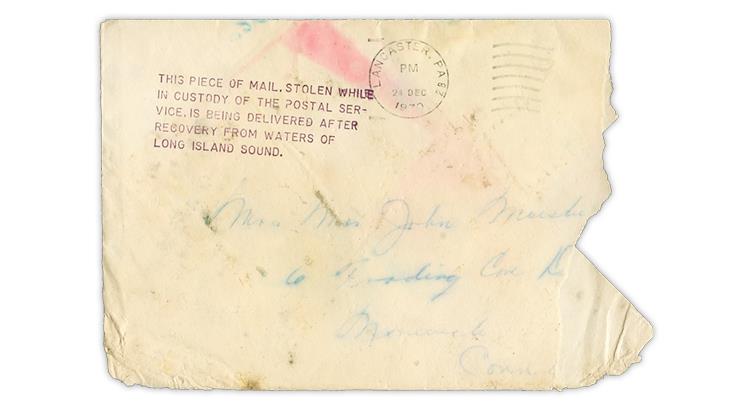 Figure 3. This Dec. 21, 1970, cover went for a swim in Long Island Sound after having been stolen in the mails. Can a Linn’s reader help with any background on the theft or the recovery? 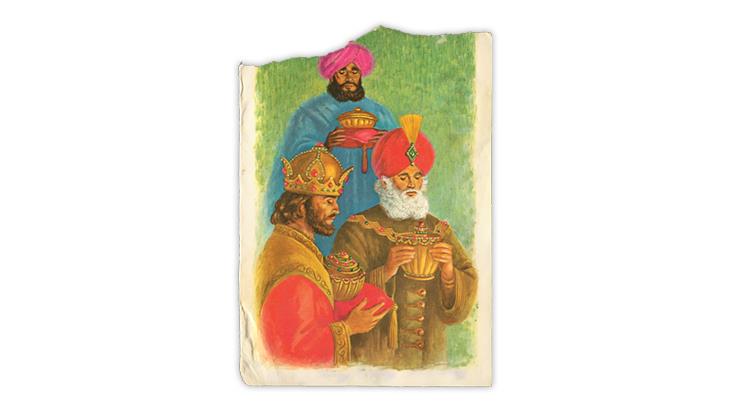 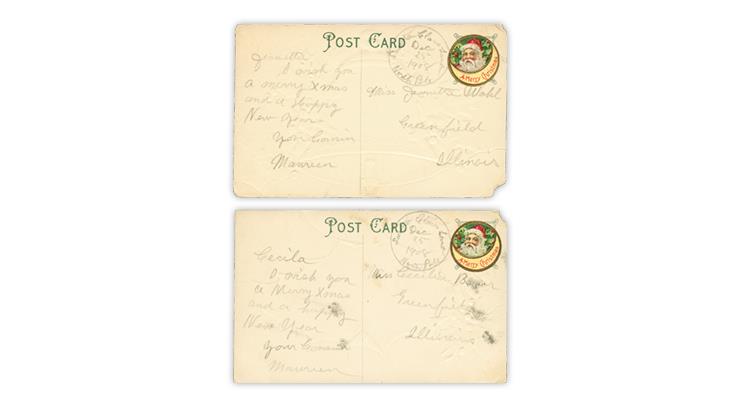 Figure 5. The sender used labels instead of stamps and Dec. 25, 1908, hand-drawn cancellations on these two Christmas greetings on postcards.
Previous
Next

I am betting Linn’s readers can beat the date on the Tuck’s postcard shown in Figure 1. It is the earliest letter or card from Santa Claus in my collection.

The message from Santa is neatly printed in blue and dated December 1915.

The postcard also is notable for the use of a 1¢ Washington, perf 10 horizontal coil (Scott 443). An on-cover usage catalogs $60 in the 2021 Scott Specialized Catalogue of United States Stamps and Covers.

According to the message on the card, apparently little Helen (the addressee) visited Santa at Toyland in Whitney’s Department Store in Albany, N.Y. The card was probably a follow-up to remind her parents of “the new toys Mrs. Santa and I have collected this season.”

The front of the card, shown in Figure 2, bears the message, “Lots of good cheer in your stocking this year.”

Did you ever come across a cover where you knew there had to be much more to the story, but it seems to be hidden in the mists of time?

Such a cover is shown in Figure 3. Sent from Lancaster, Pa., Dec. 21, 1970, it was destined for Norwalk, Conn. But somewhere along the way disaster struck, as told by the handstamped message from the post office: “This piece of mail, stolen while in custody of the Postal Service, is being delivered after recovery from waters of Long Island Sound.”

Indeed the stamp has washed off, and the handwritten address is almost washed away. The Christmas card the cover contained is shown in Figure 4.

A Google search about such a mail theft turned up nothing useful, but I have to believe something about the theft or the recovery must have been reported in a local newspaper or some other form of record.

I hope that one or more Linn’s readers have also found another cover from this theft and that they might know something of the background story.

If you can help, please contact me at one of the aforementioned addresses.

Figure 5 shows the message sides of two 1908 Christmas-themed postcards with some homemade elements.

The writer, identified only as “Your Cousin, Maureen,” used Christmas labels in place of stamps and a hand-drawn Dec. 25, 1908, circular datestamp from “Santa Claus Land, North Pole”

My guess is that the sender was local and was able to hand deliver the postcards to her cousins.