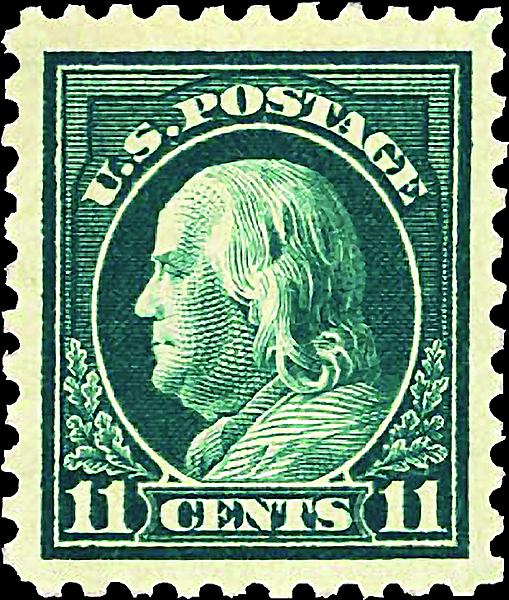 The 1916 11¢ Benjamin Franklin stamp perforated gauge 10 on unwatermarked paper (Scott 473) is scarce and a great buy in all conditions at the value listed in the 2015 Scott Specialized Catalogue of United States Stamps and Covers. 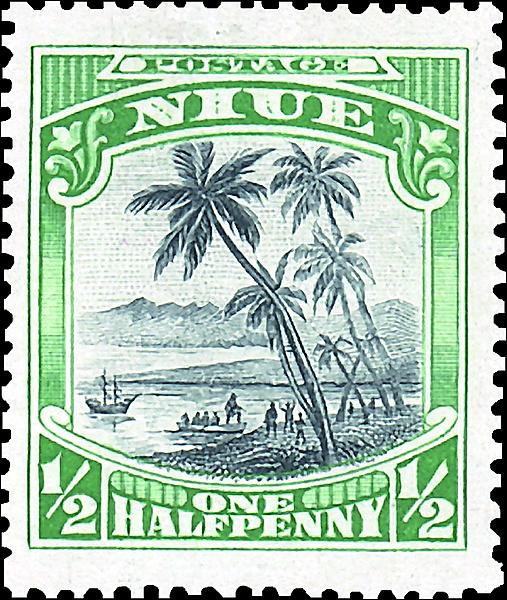 Niue— Classic stamps (generally, stamps issued 1940 and earlier) continue to have broad appeal for many collectors. British Empire and Commonwealth and French colonials are among the most colorful and popular.

Niue is a tiny Polynesian island roughly 1,500 miles northeast of New Zealand. It was annexed to New Zealand in 1901 along with the Cook Islands. In 1974, it became a self-governing state in free association with New Zealand. Queen Elizabeth II remains its head of state. The population of Niue is given at between 1,400 and 1,600, but the majority of Niueans now live in New Zealand year-round.

The set is popular with Captain Cook topical collectors. The 2014 Scott Classic Specialized Catalogue of Stamps and Covers 1840-1940 values the set in unused hinged condition at $16.50, and the stamps are a good buy at that price.

In used condition, the top four values (Scott 37-40) have much higher catalog values given in italics, likely indicating that there are a lot of examples with spurious cancellations. Non-specialists should probably avoid buying these stamps in used condition.

United States— Stamps of the Washington-Franklin series that are perforated gauge 10 on unwatermarked paper are much scarcer than their values in the 2015 Scott Specialized Catalogue of United States Stamps and Covers would indicate.

The 11¢ dark green Benjamin Franklin stamp (Scott 473) was issued to pay an infrequently used rate and was only generally stocked for six months or so between late 1916 and early 1917. This stamp is scarce in all conditions.

If you find an example without flaws, faults or damage in the grade of very fine offered at the Scott U.S. specialized catalog value, it would be a great buy.

Remember to check with watermark fluid to make sure that there is no watermark and that you are getting the stamp that you are paying for. As with all early U.S. stamps, you might encounter examples that have been regummed or that have straight edges to which bogus perforations have been added.

Learning how to detect such fakery is a lesson that will serve you well for as long as you collect. There are good resources for this online and available from the American Philatelic Research Library. A knowledgeable dealer or fellow collector can also be of great help.